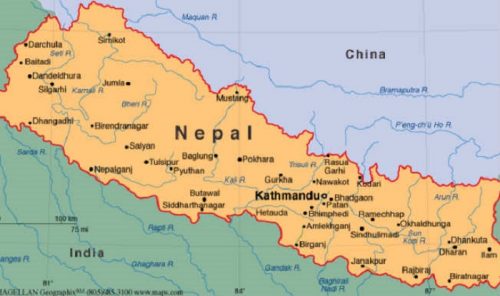 From Anne Moss: Narendra and I have been emailing back and forth for a few months. While suicide is stigmatized here in the US, it’s even worse in Nepal, home of Mt. Everest and a country that ranks number 8 in the world for completed suicides and one of the poorest and least developed of the third world countries.

There are no resources in Nepal for suicide and Narendra has been working tirelessly, without funding, to create an ambitious training program to educate citizens to recognize and offer peer to peer support that is in keeping with their culture of … Read more...

Cousin Kate sent me this. And the moment I saw this camellia heart it reminded me how fragile a person Charles was. My friend Chris was telling my oldest about how resilient addicts are. And that’s true. You hear the stories of what they have endured– homelessness, being run over, multiple overdoses. When they tell the stories, you can’t believe they are standing in front of you as normal looking human beings once they have found recovery.

Charles didn’t have resilience and I wish I could have shared mine with him but depression took it away. In its place he … Read more...

September is suicide awareness month. Tomorrow, 117 people will die by suicide. Moms, dads, brothers or sisters will walk into a room and realize their worst nightmare. Survivors of suicide loss will grieve and wonder why.

Many of these deaths are preventable. If only we talked about the signs, had open conversation, many of these people would reach out for help. Or we would recognize when they are in trouble and have the guts to simply ask. But we stigmatize mental illness and addiction, the two leading causes of death by suicide. You can change that. By talking.… Read more...

Talk20 in Richmond VA invited me to speak on the topic of losing my son Charles Rogers, 20, to suicide in June of 2015 and how it inspired the #griefheart project. This a conversational style event so it’s not a formal presentation. The Coalition Theatre was a challenging place to have video taken so there may be some times where sound or steadiness are an issue.

Despite the venue challenges, I think Mark at BES did a great job and I wanted to reach out and thank them for this video.

Need to book Anne Moss as a speaker, … Read more...

Suicide is the leading cause of death for girls 15-19* worldwide and suicide rates for females 10-14 have tripled since 1999, the most alarming increase.

We have to ask ourselves why.

Some say social media. Others site early puberty. While those factors might be part of it, I think that it’s a combination of things.

Teens, by nature, want to fit in. At this age, their peers are the most important relationships. They don’t want to be rejected or ostracized.

I think technology is a major reason

With computers, smartphones, social media and texting combined, teens have a … Read more...

Charles loved the stage. And it loved him. Stand up comedy, rapping, plays. I spoke here June 15, 2016 in Richmond, VA about our journey since losing him to suicide at age 20 and the #griefheart project. Such a supportive crowd for Talk20 Richmond. I saw the face and thought, “That’s a #griefheart!”

From his drama teacher at Wasatch Academy where he graduated high school.

“I brought a group of Comedy class students to Cedar City where Off the Cuff, a professional group of Improvisers, graciously allowed us to perform with them. Charles was amazing and … Read more...

Guilty as charged. Part of my charm.

This one is for those of you who turn away because the subject of suicide  is too much.

You don’t want to read my posts.

You do sometimes with one eye shut.

They make you squirm.

They make you uncomfortable.

They make you sad.

They make you cry.

They are too raw.

You don’t want to be reminded that this awful thing happened to someone.  It’s your worse nightmare and you fear the same might happen to you.

Or you think it couldn’t possibly happen to you. It doesn’t touch your life so why bother? … Read more...

Charles loved super heroes. The “man of steel” was his favorite. All super heroes have some pain in their past and I think now he identified with that.

He was always intrigued with super powers and used to talk of mechanical hands and flying as late as eighth grade. I think he hoped a super power could fix him.  And maybe a super power did.

This S is for Suicide Awareness. Thank you all for helping me spread awareness of a subject cloaked in silence.