I am writing this book and trying to decide which of Charles’ songs to include. That means some have to be left out. Which is really the hard part.

I’ve decided which ones. I think. And almost done with draft three but it’s been hard. So much emotion in this journey.

How did all of these words just appear in Charles’ head and spill onto the paper? In rhyme just automatically with minimal editing. It’s so hard to know how much he hurt. I feel I understand him so much better now that when … Read more...

I have made available Charles’ first rap album on his soundcloud channel. Fortunately, I was able to get into his account.

For a long time it was on iTunes and I discovered it was no longer. Probably due to lagging sales after his death. I added it to SoundCloud because of the creative commons licensing.

The American Dream, his first single was available on Amazon but is now on SoundCloud.

I Don’t Wanna be a Patient, the single of an album he was working on when he died by suicide is … Read more... 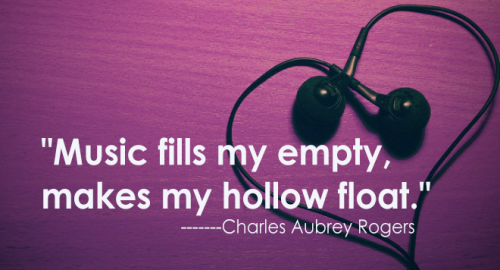 Not all of these are sunny and positive. And we tend to avoid darkness. But I think for Charles, writing about the darkness helped him find light–until he found dope. There are so many rap songs and I have so few. Here are some of the quotes from those stanzas that I am sharing.

“My cerebellum is difficult to live with.”
–
–Charles Aubrey Rogers, Rap Song, “Diary of a Broken Mind”

“My demons up against me
I’m facing them now
I wear the face of a clown
I feel so unloved
Because of the monster
Created from drugs.”
—–Rap … Read more...

“If you’ve got something good, you better respect it
Hold your world and protect it
The only thing guaranteed in life is death
And everything looks sweeter when you haven’t any life left”

This one is the hardest for me to watch but I feel it reflects his creative genius the most. My opinion, as everyone has their favorite. As you will hear why, I lose it every time I listen to it. It is definitely dark but a portrait of a beautiful, tortured soul.

“Crap rap” as charles called it is not real rap. That’s … Read more...

I remember thinking that Charles didn’t pay any attention to the news.

It was after Charles’ suicide when his friend Max from Wasatch Academy, the high school from where Charles graduated, sent me this video which I had never seen. In it you will hear exactly how a depressed kid thinks. How they take on the world’s problems and see themselves as such flawed human beings.

He was deeply touched, angered and saddened by the Sandy Hook shooting. Much more than I thought.

Charles had many gifts but the untreated depression that he thought he could “manage … Read more...

Another of Charles’ raps penned under Reezin’ the Revolutionary. This one nails addiction. It’s not pleasant but neither is the illness. I think once you read it, you start to have an understanding of the self-loathing an addict suffers from.

During his last days, Charles suffered a depressive episode and that coupled with the withdrawal from heroin is why he took his own life.

What these drugs do

I got that shit that’ll make you rob, steal or kill,
I’ve seen mother fuckers throw away everything for a single pill.… Read more...

This is a verse for the lonely
When you’re hurt mission’ homies
Poppin’ perks cause your’ lonely on earth
It’s the worst when you immerse into solitude
Your shadow is the only one who follows you
The mirror is the only 1 who talks to you
It eats you alive till it swallows … Read more...

This is real shit, not crap rap,
The park I used to trap at is next to the tunnel where Cal took his last nap.
Just a coupla weeks away from graduation,
He was supposed to have that gown and tassled cap hat.
Cosby was where he was supposed to grad at,
But he tied that rope and choked,
No joke, than ain’t … Read more...

This rap song, Silver Lining, is on Sound Cloud and posted below. I wrote out the words a while back so I’d have them. He recorded it with his friend Max Richards, a very talented musician who is doing the beats. He recorded it in 2014 while at Wasatch Academy in Utah on an instrument microphone.

Woke up with not enough sleep
Got to breakfast, too late to eat
Still managed to get a stain on my favorite shirt
Every day’s stress, what’s next?
the news plays and reflects
the … Read more...

Here’s how I understand the why of his suicide. His brain telling him he wanted to go, had to go. It would be better somewhere else. It was too painful here.

It is through these songs, as painful as they are to read, that I understand his depression. I wish he would’ve given life here another shot.

Problems just pilin’ all around me
Wish I could just wilin’ in Hawaiian islands
Taking shots of crown
Let the alcohol drown
Take a look around
All this bullshit surround got me down
Wish I could just run free fun free, … Read more...