I remember thinking that Charles didn’t pay any attention to the news.

It was after Charles’ suicide when his friend Max from Wasatch Academy, the high school from where Charles graduated, sent me this video which I had never seen. In it you will hear exactly how a depressed kid thinks. How they take on the world’s problems and see themselves as such flawed human beings.

He was deeply touched, angered and saddened by the Sandy Hook shooting. Much more than I thought.

Charles had many gifts but the untreated depression that he thought he could “manage on his own” was too much. I wish he had accepted help. Due to stigma of mental illness and fear of what might happen to him if he admitted it, he adamantly refused to acknowledge he had it.

Those tragically lost in Sandy Hook, probably as a result of young man who also suffered from mental illness and expressed that pain in tragic way that not only took his own life and his mother’s in addiction to innocent children and teachers.

I have to say that as awful as my son’s suicide is, I don’t live through the hell the shooter’s father has had to deal with. After it happened, both the deceased mother and the father that survived them came under such awful scrutiny. None of us are perfect parents.

Some of us are dealt a deck we didn’t expect

The truth is, we don’t have control over another human being including our children, particularly if they suffer from the psychosis of a mental illness. Getting treatment is exceptionally difficult. I know that first hand having dealt with a child who suffered from mental illness and refused treatment. Resources are few and somehow the population at large still expects parents to fix it.

I am remembering the victims of the Sandy Hook tragedy, their families as well as the father and extended family of the shooter.

All need our love and support. 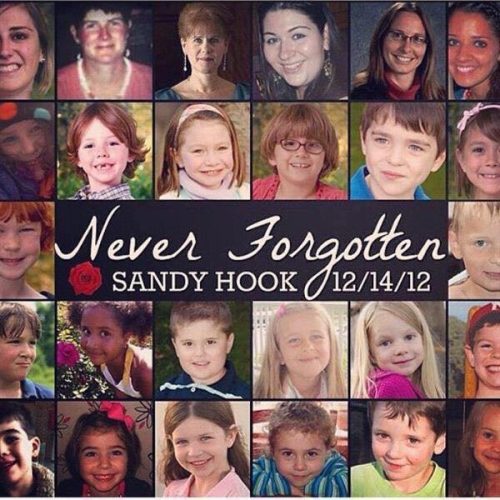 4 thoughts on “Charles and Sandy Hook. Letter to God”