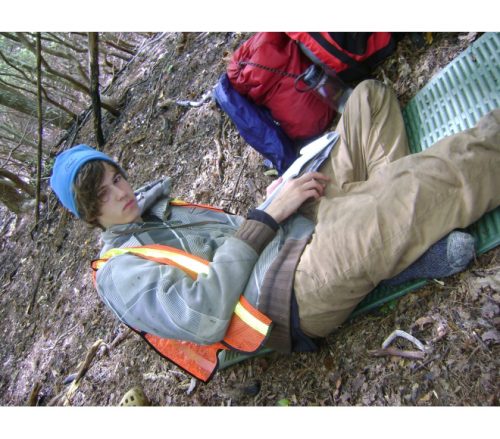 And why he ultimately gravitated to heroin as it was the only time he got a break from his pain since he suffered from insomnia and DSPS since he was a toddler.

It was a struggle for him to choose to live every day. And I know he lived for everyone else.  But it meant he chose to stay with us as long as he did.

These are his original lyrics which he hand wrote. He didn’t edit, they just poured onto paper out of his head in a a stream of consciousness style. Pretty amazing really.

Till now, I’ve not shared any of his work that he had not published. It’s like I’m tearing something precious from my heart. But I feel it’s too selfish to keep to myself and I know he wanted his lyrics to touch others who hurt and understood their pain. He always touched other young people who also suffered from depression.

This is what teen depression sounds like, looks like. See Charles’ other rap songs posted on this site here.

Back in another institution,
Guess I’m stupid, feeling useless even though my music tight as a noose is
Every day is a nuisance
Bored as fuck I want to do shit
Guess I didn’t learn my lesson.
Been in treatment most of my adolescence.*
Drug cravings, anxiety and depression
All because of my obsession
I know I’ll get by
But all rehab does is make me wanna get high
I bet God sits in the sky wishing I’d just die
They said I got amazing potential if I’d just try
Since I was 15 I’ve been fed lies
Said I’d be gone for 2 weeks I was gone for 3 years. What the hell why?**
This is my life, That was my time, I can never get it back
That wasn’t yours to take from me
But this is life and there ain’t no pot of gold after the rainbow
But there’s pain through
I promise you there’s pain yo

They said it’s gonna get worse before it gets better
But all I see is hurt and its been getting worse forever
It always seems to rain the most when I’m promised perfect weather
And if you’re hurt too, then we can hurt together

I put these words together, pain stain in every letter
Cause me and Cal used to hangout, before he decided to hang down**,
Heroin took a home from me
He found a place in the ground
I scream for God to answer but he ain’t make a sound

My demons up against me and I’m facin’ them now
I wear the face of a clown
I feel so unloved, because of the monster that was created from drugs

It’s like I’m surrounded by walls with no escape at all
I’m over 6 feet tall, But I’ve never felt so small

**We sent Charles away to these programs to figure out what was the matter, local resources being very weak. We did it to save his life and to see if he could learn to manage his illness. Although diagnosed with depression, he never admitted it. Too much stigma.

***Charles knew Cal Riley who hung himself 2 years before Charles did. This haunted Charles. They met in wilderness and became very close. Never in the history of that decades-old program in Clayton Georgia, did two kids from the same high school (Cosby High School) end up in the same wilderness group

16 thoughts on “Why did he kill himself? Answering the why”