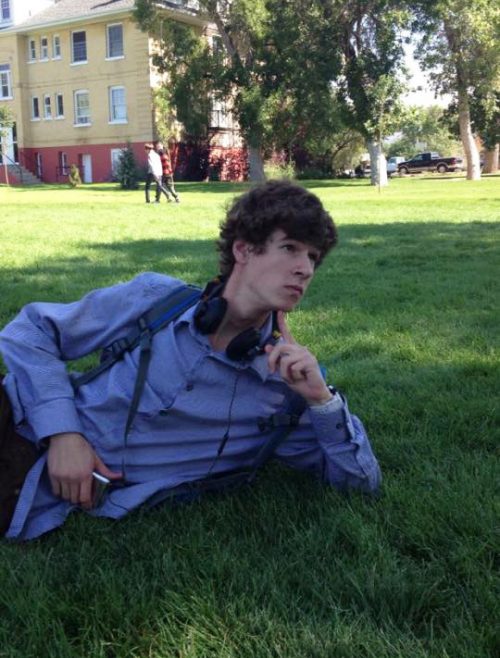 If there was one consistent theme about Charles, it was that he always reached out. He reached out to kids who were not always visible to others and to ones who were highly visible as well.

He put himself at risk socially doing this. But unlike other kids his age, he didn’t care.

He’d put himself on the line and stand up for other kids who had no friends at all or had tons of friends. Kids that felt isolated or depressed or were having a hard time with something in their lives. Kids that were unusual, unpopular, different. Kids that were popular and hiding their pain. He would tell me about each and every one of them. He opened his heart for others with mental illness. I am so very proud of that.

Some of these kids are still with us. Others are not.

He saw something others didn’t see.

He saw pain. He felt the suffering.

Because he was a popular kid (although he didn’t really realize that), when he reached out, it was like that child got a social promotion. He did it because he wanted to know more about the person inside. He honestly cared and he couldn’t stand seeing someone else isolated and tossed aside.

He taught everyone around him, kids, teens and adults, what it meant to let another human being know they mattered.

As talented and funny as he was, I really feel this was his greatest gift.

I know the hallmark of depression is to feel so deeply that you can truly experience others’ pain.

In his last days, he was a addict in a depressive state and felt completely, utterly worthless.

In my darkest hours of grief, that’s what hurts the most. That I missed the clue that he was really in a place so dark he didn’t want to live. I wish I had not contributed to that feeling of unworthiness. Not purposely, of course.

He had no idea what an anti-social and isolating drug heroin was. For the first time, Charles felt rejection and he was not in the state of mind to see his way back.

I know I can’t go back to that place. I know I can’t change it. I know his suicide is not singularly my fault. And I know I didn’t know his situation. But I heard the despair in his last phone call and I can’t stand that I didn’t go with my gut.

What I know now is how much he suffered

His lack of motivation was not because he was lazy, it was because every day took so much out of him to live, he had nothing left.

His lack of sleep, his thrill seeking and impulsive behavior were all initial symptoms of childhood depression.

That last year, I didn’t yell at him. I knew he wasn’t doing drugs to hurt me. I knew he was not stable emotionally. I knew his self esteem was low. I knew the addiction was a result of self medication and despair. It was also an obsession which I couldn’t change and I couldn’t force him to accept help.

So many reached out after he died and told me what he meant to them.

There were so many lives he touched I can’t even count. I do so appreciate these stories. They painted a picture that wasn’t complete for me until they added those pieces. I am still getting those pieces.

3 thoughts on “Charles always reached out”