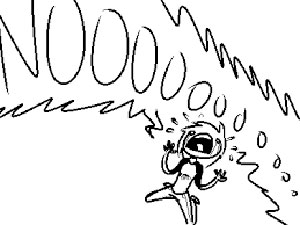 As I sat in the back of the police car, the officer said, “Charles was found dead in an apartment on Monument Avenue.” I thought it was an overdose. Convinced, actually.

But it was my husband’s question, “How did he die?” and the officer’s answer, “He hung himself,” that took my breath away. Literally. It was an extra twist of the knife that brought with it so many emotions I did not recognize. All at once–with confusion leading in the race.

My first thought once I could think was, “No, no, anything but that. Not that. Please not that.” As if I could change that cause of death to something else. Instantly, I wanted to rewind back to the moment I thought it was overdose. Because as ugly as that was, I could understand it.

An overdose would be an accident. Or maybe not but I probably would never know it wasn’t. I thought I could live with an accident. How could I live with this? What kind of shitty parent was I that my kid would choose to check out?

Over and over in my head. “Anything but that. Anything but that.” There is something so primitive about that particular method. So shocking and desperate, because it has a level of suffering associated with it and Charles did not have a high tolerance for pain and suffering. He wanted out and that made me feel so unworthy and completely blindsided.

I would never say a suicide hurts more because losing a child can’t hurt more. But it feels more personal. Although it’s not personal. All I can say is that the loss of someone you love at their own hand is a different brand of grief. To me, suicide was worse than my most horrific nightmares.

It’s why I have so obsessively researched and written about the topic of suicide. I had to understand that irrational brain attack known as suicidal thinking. There had to be more to it than what I knew. And there is. I had to know myself. Studies weren’t enough. To understand it, I needed to communicate with people at that moment of pain. And I have. Hundreds of times now.

I had to understand his addiction, his depression, and the emotional pain that was a result of these disorders before I could forgive myself.  I could not live the life I wanted to live, the one I think he would want me to live, by holding myself hostage to a cause of death.

Who’d have thought my child’s worst enemy was in his own head?

8 thoughts on “I wish it had been anything but suicide”