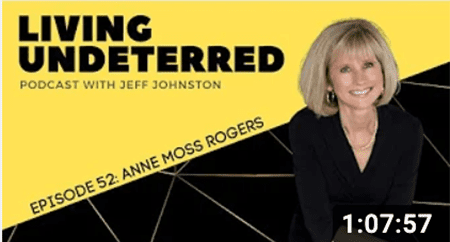 Listen on Jeff’s LivingUndeterred.com website and see the show notes.

Living Undeterred is a podcast created by author Jeff Johnston and founder of the Choices Network, Ltd. Jeff lost his oldest son, Seth to heroin in 2016. His personal struggles gave him the inspiration to become vulnerable and to share how he has remained…undeterred. Jeff is in recovery from addiction, and for 11 years had his own wealth management and financial show.This show focuses a lot on the intersection of mental health, addiction, and suicide.

Listen to this podcast on: