My friend and fellow Virginian, Dustin Bogan PA-C of Pediatric and Adolescent Health Partners talks about suicide screening before and during COVID, the rise in results, and the lives saved. He has some amazing stories and it’s worth your time to listen.

This one also focuses on how his practice, the first in the country, uses the ASQ Suicide Screening Tool from NIMH, the results they’ve gotten.

Hear this episode on:

Many of you who have followed this blog for a long time know what a big supporter I am for using the ASK Suicide Screening Tool validated by NIMH. Suicide is the #2 cause of death for youth and this tool is literally a lifesaver. I’ve presented with Dr. Horowitz and the team on several occasions and I interviewed Dr. Abernathy who was the first doctor to integrate this tool in private practice.

This podcast is with Dr. Lia Gaggino about how physicians, PCPs, pediatricians, family doctors, internists can integrate this tool within their practice. Kids (and even adults) … Read more... 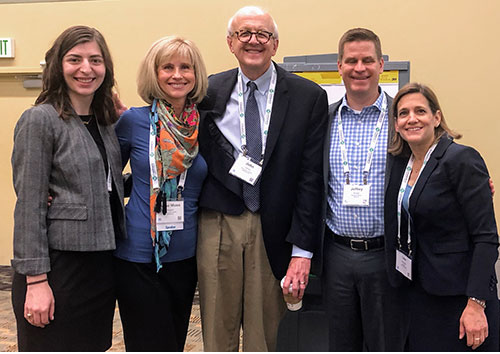 I was so honored to be a presenter among this distinguished panel of youth suicide prevention researchers and doctors at PAS 2019 (Pediatric Academic Societies). I wasn’t so sure how my presentation would be received in such a strict academic environment. But judging from standing ovation after my talk which shocked me, I’d say … Read more...

Baltimore, MD, Month, date- In 2017, 6,769 youth ages 10-24 died by suicide, positioning suicide as the second leading cause of death among this age group for the eighth consecutive year. Previous research has identified that many youths who die by suicide visited a healthcare setting just weeks preceding their death, but were not detected. In response to the rising suicide rates, The Joint Commission (TJC) has recommended that all medical patients be screened for … Read more...

I subscribe to AFSP, American Foundation of Suicide Prevention, emails and I got one the other day on Project 2025. They have a goal of reducing suicide by twenty percent by 2025–a bold and ambitious goal given that suicide rates went up more than 30% in half of states in the U.S. since 1999.

They’ve earmarked four areas to focus on and since I do a lot with healthcare systems, I clicked on that and holy toledo my friend Dr. Lisa Horowitz was the star of the video. She and I are co-presenting with Jeff Bridge at the … Read more...

When we submitted our proposal, Dr. Horowitz said that they don’t accept many proposals and it was only a slim chance. But we got in! This conference is a big deal and the number one conference for pediatrics. Over five thousand pediatricians go annually.

Our presentation focuses on … Read more...

It’s always such an honor to co-present with Dr. Lisa Horowitz, one of the architects of the ASQ suicide screening tool. As a follow up to that conference, I’m posting some of the links here to make it easy for participants to find the tools they need to implement this life-saving tool.

I hope members of my tribe here on Emotionally Naked will promote this tool and suggest it to your doctor. Dr. Abernathy has been using this tool for about three years now. You can see Dr. Horowitz’ Abernathy data here.

Apparently, I was their first, too. The first suicide loss survivor to speak at such an event at National Institute of Mental Health.

I was the presentation at the end of some brilliant presentations and exciting new research on suicide prevention, creating treatment plans and information on ketamine, lack of sleep and suicide, and the ASQ screening tool. Dr. David Brent has an adolescent … Read more...

The ASQ Suicide Screening Tool is an evidence-based 4/5-question suicide risk screening tool for ages 10-24. The tool has been used in emergency rooms and pediatric hospitals in the US.

Locally, Dr. Ted Abernathy has been using this tool in his pediatric practice on wellness visits for ages 12 and up.

Many parents who lose a child by suicide have no idea their child has had thoughts of killing themselves.

Even more parents, 90% of them, are unaware their teen has attempted suicide*, according to Lisa M. Horowitz, PhD, MPH, a clinical psychologist from the National Institute of Mental Health with whom I spoke with recently.

That was true in our case.

Charles apparently did have a previous attempt and while in Wilderness, he was on suicide watch according to his music lyrics about Cal Riley, a young man that died by suicide 2 years before Charles.

“I hate myself. I quake.

… Read more...
We use cookies on our website to give you the most relevant experience by remembering your preferences and repeat visits. By clicking “Accept”, you consent to the use of ALL the cookies.
Do not sell my personal information.
Cookie SettingsAccept
Manage consent