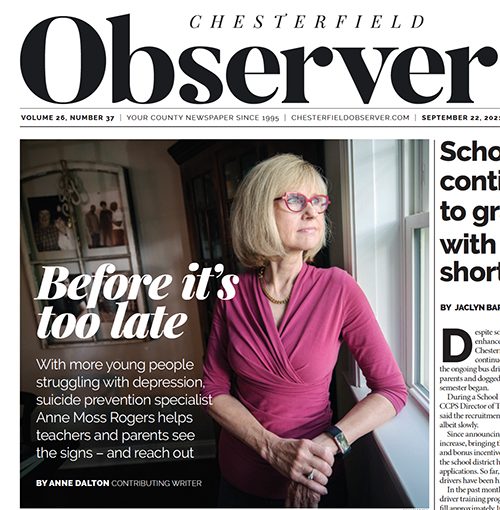 After losing her son to suicide, Anne Moss Rogers is on a mission to help parents and teachers spot the signs. Her new book gives them the tools

Anne Moss Rogers has lived through one of the most devastating experiences a parent can endure: Her 20-year-old son Charles, who suffered from depression and addiction, died by suicide in 2015. She speaks about it eloquently – and with brutal honesty – in her memoir, “Diary of a Broken Mind,” her TED talk, at speaking engagements and on her blog. Now she’s bringing mental health awareness and suicide prevention to schools with her new book, “Emotionally Naked: A Teacher’s Guide to Preventing Suicide and Recognizing Students at Risk.”

Charles, the younger of Rogers’ two sons, attended Cosby High School until the spring of his junior year, when his mental health issues led the family to seek a different setting; he ultimately graduated from a boarding school, Rogers explains. She describes her son as a creative, popular kid who expressed his feelings through the rap lyrics he wrote, some of which she had read, but most of which weren’t discovered until after his death. Rogers realized she’d missed many of the warning signs of suicide because she wasn’t educated on what to look for…….