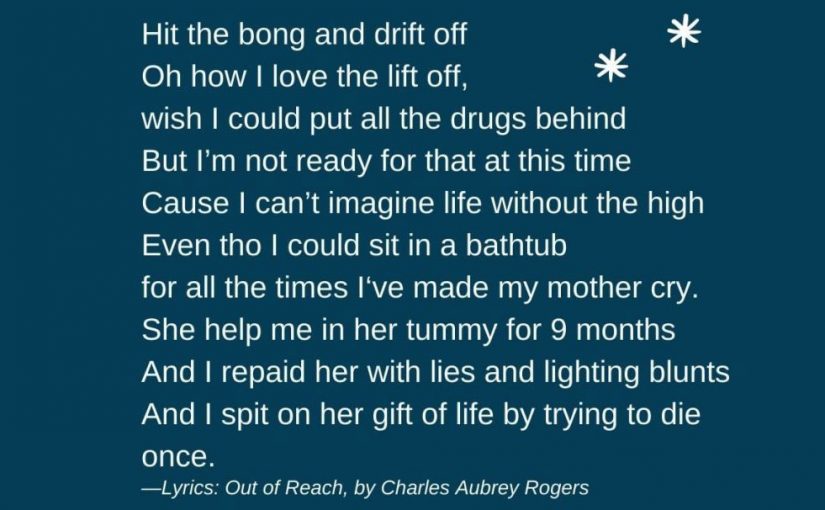 At first, I was addicted to fixing my son until I finally sought help for my own addiction to making it all right. Quite possibly what I was doing made things worse. Charles was ashamed of his drug use and my reaction merely fueled that shame which drove more drug use. After all, his substance misuse was his coping strategy for depression and thoughts of suicide.

Punitive measures added to his shame. Yelling did, too. You can’t make someone with zero self-esteem feel worse. They are already there which is why punishment doesn’t work and withdrawal of love is deadly.

The stealing, the anger, the venomous words all seemed personal. It wasn’t. And it wasn’t until I accepted that I was able to concentrate on my own recovery.

8 thoughts on “It’s not personal”