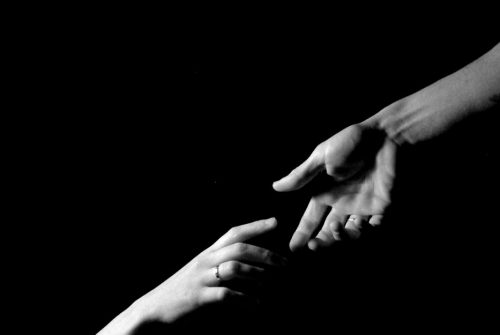 From Anne Moss: The anonymous author of this post suffers from the numbered items below. I’m so amazed at what he has overcome. He has gotten and kept a job and is now reaching out to help others.

by an anonymous author

On Tuesday, July 18, 2017, one of my friends, whom I met in college, told me through text messages that she wished she was dead because her and oldest brother’s car that they share got repossessed.

I called her to comfort her and ask her if she wanted me to come to her house. She said yes if I could.

I didn’t agree about that being a selfish decision. Then, I talked to her in my car about what other older brother said and explained my thoughts and feelings on the subject.

She had tears in her eyes and was heartbroken about what her brothers’ said. She expressed she felt suicidal. She said she was four payments behind on paying the car and told me she was attempting suicide when her dad got emotional and he was glad to be there in support of her. We talked about finding a place to go to to talk and eat. I suggest my workplace: Sebastian’s.

I brought her some food. My mother also happened to be there at the restaurant and we both comforted her. During this conversation, she told me that she felt suicidal years prior and was once in a mental hospital for being suicidal.

The next day, my mother got some bread from a local bakery to give to me to send to her. I talked to her dad since she was at work. Her dad was very happy with the bread and we had a heart to heart talk about her, his earlier years, and whatever was on his mind.

She usually relies on bus transportation to her workplace when the car isn’t available. Through that week, she kept me posted on the status and progress of getting the car. On July 24, 2017 (Monday), she was able to get the car back through her oldest brother’s friend. She learned her lesson about budgeting her money and I offered to help her.

However, she wasn’t the only one suffering

In that same week on Sunday July 23, 2017, my normally bubbly, humorous co-worker, confided in me about her depression, anxiety, and suicidal thoughts in our conversation while working our work shifts. She slowly explained one by one her thoughts that were radically getting deeper and more serious. I went in the office to look up Sebastian’s manual for action when a co-worker is expressing suicidal thoughts.

I couldn’t find the information.

However, I remember that there was U.S. Suicide Prevention Hotline Number online. I printed out the paper  and I gave it to her after she walked in the office telling me her heart was racing. I told her to sit in the chair and gave her the number.  She told me she wasn’t sure if she could work the rest of her work shift and started crying.

I got one of my managers and he calmed her down by expressing he too suffered from depression. She felt better and she worked her shift, but struggled. I told the manager that later we would address this to the other managers.

Later, I called most of the managers who worked that day in the office to bring awareness about her unstable mental health. We agreed to watch her. She eventually told her dad about her thoughts and feelings and now she seems stable with medicine and attention. Just a week or two before her announcement, I asked if we could exchange numbers to keep in contact with one another.

I’ve been keeping in contact with both these women.

We must remember that our thoughts and feelings, whether new and small or old and reoccurring, effect our mental, emotional, physical, and spiritual well being. Don’t forget charity(love), compassion, hope, kindness, and among other positive virtues from the Lord and us people can contribute harmony and caring.

Never give into despair and believe there is hope for all of us including yourself. These positive virtues don’t go out of style but become more important and urgent as time gets older.

Remember to turn to someone: family, friend(s), and neighbors. If you don’t feel that you can’t trust or have available those listed above, try the suicide hotline whether you’re living the U.S.A. or another country. Here is the U.S.A. hotline: 1 (800)-273-8255.

They are available 24 hours a day, 7 days a week, and 365 days a year. If you are suicidal, please get help somehow. We need you to keep living despite your hardships, trials, and tribulations.

There is a lighthouse to shine on you a resting place to heal and recover. Go into that tower of love and seek those answers and rest upon inside from your destruction from the storm.

4 thoughts on “Burning Inside: Suicidal Thoughts Flares and Flames”