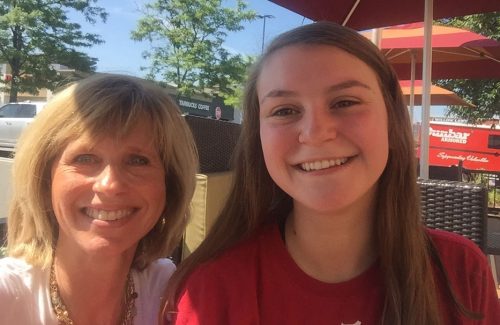 Say hello to Haley who will be a senior in high school next year. I met with her today because she wanted to be part of this suicide prevention and mental health awareness school program.

A freshman at her school died by suicide not long ago and she was touched by that event and motivated to get involved. Her mom reached out to me on Facebook and made the initial introduction.

Loved getting the feedback from a teen since they are the ones taking ownership of this program while I, together with my committee and Beacon Tree Foundation, provide the guidelines.

This program is part of the Charles Aubrey Rogers Fund at Beacon Tree. So many of you generously gave in Charles’ name so we have something to start with. I can’t begin to tell you how grateful I am.

I do have a meeting with a school principal next week thanks to a mom who was proactive and set up the meeting. Thank you Jenny.

You are meeting Haley because she is one of the faces of the generation that will kick stigma’s tail.

2 thoughts on “Meet the generation that will eliminate stigma”