I wish I had asked charles this question. Why didn’t I?

One, because honestly, it didn’t occur to me to ask it.

Given the number of evaluations he had that indicated he was “high risk” I should have. But again, no one defined what that meant exactly and I am guilty of never asking for specific clarification. Fear of the answer?

If I had the opportunity for a replay how would I ask this question?

• If you are contemplating suicide, call 988
• This Suicide conversation resource is from Australia but good info. I like the podcast
• If you want a pdf on how to talk about suicide, see this guide

This is the scenario that plays in my head.

Me: I care about you and I am worried about the fact you aren’t sleeping well. Have you ever thought about killing yourself or had thoughts about suicide?

Charles: Yes I have

I would then shut my mouth and let him talk, provided he wanted to. I would not pass judgment, gasp or otherwise go ballistic even though I might feel that way. I would listen.

I might interject a question now and again but let him own the conversation and just let him know I was listening.

Once he had finished talking, I would let him know from my words and my heart out loud that he was one of the most important people in the world to me. That the day he was born he had given my life meaning and purpose. I would not just have this conversation once. I’d have it multiple times.

I wouldn’t say it off hand.

And then I would him how I could support him. Then I’d say that we need to schedule a suicide risk assessment and then consider the next steps with his input. I would also tell him that I would be trying to find education and support for myself. Because I feel like nagging him or texting him questions about how he is feeling would be annoying and unhelpful but I needed to seek help, too. I would ask him to type in the suicide prevention lifeline (988) and the crisis text line 741-741.

I feel like if I had brought it up and talked about it at home as often and as frankly as I do here, it would have dragged into the light of day and diminished whatever shame and isolation resulted from these thoughts. I would have made an effort to let him know that I loved him unconditionally despite the darkness that crept into his soul. And I would do so more often. 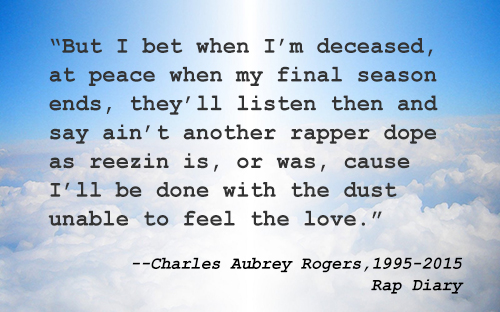 How would I have remained calm? Practice.

In this scenario, I would have talked to myself and practiced in my car over and over and over out loud to take the dread out of the question. Make it more natural. Less fearful.

I’d practice again in front of a friend because saying something over and over again takes the dread away. Or at least softens it.

In this scenario in my head, I am frank and straightforward.

The second reason I don’t think we ask is the insurmountable fear that this subject invokes. So maybe we don’t ask because we think it will insert the idea in their heads? (Not so as it turns out.) Or maybe we are afraid of the answer? Or maybe we think it’s ridiculous given all they have compared to us when we were kids and there’s nothing to be sad about?

What do you do if your child has said this to you? Where do you go from there? Where do you turn for help? Is it imminent right now? Do you just make an appointment?

Ideally, the earlier you ask this question the better. Anytime you see warning signs. Isolating, drop in grades, change in friends, frequent trips to the doctor or school clinic. I’m a mom who wishes for a do-over so I can apply what I’ve learned. I would be a lot better prepared.

Charles did have a previous suicide attempt

I just didn’t know it to define it as such.

He told me about what he thought was a suicide attempt one time.

It was two weeks after the incident that he told me. He said he thought it was the depression medication he had tried.

He said he took a bunch of pills and right when he did it he was gripped in fear that he might die. He said he was surprised but glad he woke up the next morning although he felt terrible. He went to school that day and I knew nothing about it until he told me.

He had been scared and unusually withdrawn for about 2 weeks. And I did ask.

During that two weeks, he agonized over how it would make us feel if he died. He said he’d never do that again. So he was aware of that. I thought since he was aware of it, he would never do it. Like it was a revelation and he’d learned a lesson. He was 15 when this happened. But a previous attempt is the #1 risk factor for suicide. I had no idea.

When he sat me down and told me this, I listened much like the scenario in my head. I didn’t panic.

My mistake was that I never broached the subject again

Being naive, I didn’t know that those feelings come back and that he had been struggling with depression.  He never admitted to depression. (The anti-depressant was prescribed for his anxiety). Even then. He said he felt OK– better since he told me. He said he could never do that to us.

I wrote this suicide attempt off too easily as a side effect of the medication and labeled that med in my files. I thought about it but was as unsure what to call it.

I did mention this whenever I met with doctors with Charles but no one ever pressed the question or asked for more information. Why not? What if they had? So I’m telling you now. Push. Go with your intuition. I was brushed off multiple times by multiple professionals as being “paranoid.”

In one of his songs, he did mention that suicide attempt and his dad asked him point blank about it. He said it was just made up.

Charles has only one song that has a made-up story. Some of his music illustrates a delusional state so not entirely rooted in reality. But the American Dream is the only one that is “made up,” being more of a compilation of stories he heard and took to heart over the years.

And talking about is proven not to be the thing that “gives them the idea.” People don’t ruminate about suicide because you asked them. They want to be heard most of all.

Surprisingly, they often want to be stopped. (See the video below.)

Just like Charles said, once he took those pills, he wished he had not. And it pains me to think that once he put in motion his plan to suicide, he wanted to live.

Just like the young man he saved at the Family School, I think he wanted someone to rescue him.

How many could we save simply by asking? By paying attention? By having the conversation?

I do know one of the passionate moms that follows this blog has this conversation with her son and she has a safe phrase–a phrase her son tells her when he is having feelings of suicide.

He feels comfortable at this point telling his mom by using this phrase they created. I don’t know if someone told her to do this or if she intuitively figured it out. But I do think she is onto something. I do think it would be easier for him if there was more conversation on the subject outside their home which she can’t single-handedly change.

The absolute fear of making this a natural conversation is paralyzing. Because losing a child is our greatest fear.

I would rather have lived with that fear than be in the shoes I am in now. Ask the question. Because you just might not hear what you want to hear but you could end up with a better outcome than mine.

The video below is from a suicide survivor so you can see it from another point of view.

8 thoughts on “Why didn’t I ask, ‘Are you thinking about suicide?’”