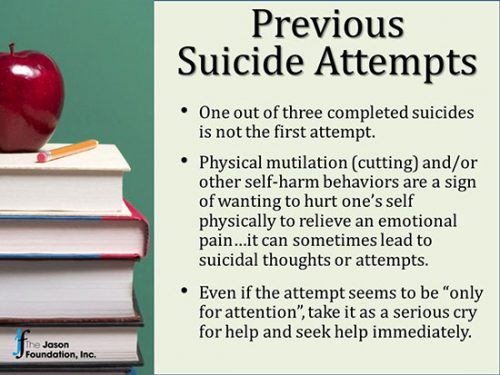 A  history of one or more suicide attempts is the strongest predictor for future suicidal ideation, suicide attempts, and completed suicide. Almost two thirds of those who die by suicide had a previous attempt which makes it a serious risk factor.

Charles had a previous attempt that I didn’t know to classify as one.  He had told me that he took a bunch of pills and didn’t know why he did it and he was both surprised and glad he woke up the next morning.

Was that a suicide attempt? It was.

I asked mental health professionals about it to … Read more...