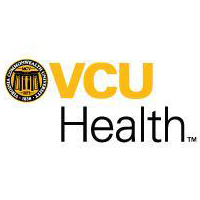 This event is sponsored and hosted by Beacon Tree Foundation, VCU Institute for Drug and Alcohol Studies.

We have the opportunity to make Virginia the first state in the US to pilot this evidence-based drug prevention program featured in this New York Times article, The 4 Traits That Put Kids at Risk for Addiction.

The program, called Preventure, has successfully reduce drug and alcohol abuse in schools by 30-80% at two year follow up in countries outside the US including Canada and Australia.

The Preventure Program, originally developed by Dr. Patricia Conrod, a professor of psychiatry at the University of Montreal, identifies how a child’s temperament or personality traits drive risk for drug use which can lead to addiction.

Speakers on the brain science behind addiction include:

SPEAKERS
5:20 -Linda Hancock, Director, The Wellness Center, VCU
We Can Do Better for Our Youth