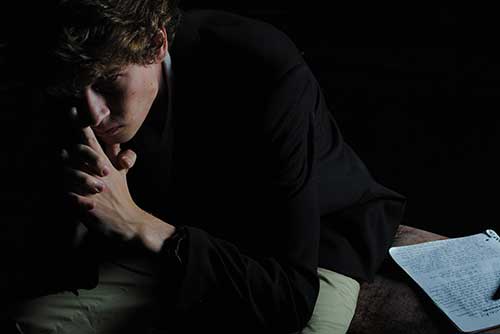 He was complex, adorable, frustrating, hilarious, effervescent, electric, charming and eccentric. From the time he came into the world to the time he left, his presence was all-consuming. He pushed boundaries past comfortable, questioned everything and was relentless and persistent when he wanted something.

When Charles waltzed in, the fun had arrived

Faces brightened, bodies turned toward him like he brought the sunshine in his pocket and he was there to hand it out. The life of the party, the center of the universe took his own life and in its place is an ocean-sized crater. He was one of those bigger-than-life personalities who exceeded his allotment of space on earth despite his six foot two and 130-pound frame.

Even the latter five years of his life as he struggled with mental illness, drug abuse then addiction and our family was in chaos, it was difficult to not make his problems the center of our own universe. Ninety percent of the time that’s what I focused on in support groups.

I have thought of myself as simply a vessel for his conception and that he was never really mine in the first place. That he had a fate larger than I could imagine and I sat poised on the sidelines in the bleachers with the rest of humanity wondering what he’d become. His early death confused me because I was so sure he had a big destiny before his final bow.

Maybe he still does. Maybe his story has not ended. I still feel poised for something to happen and feel sure it’s there but I can’t fathom what it is. It’s like I’m living in my own mystery. Or am I simply relapsing and not accepting his end? Wishing and pining away that there would be more?

I don’t really know. All I know is that there is more to this story and it’s not just about me writing this blog to remind you he existed.

4 thoughts on “Charles’ personality was so big”