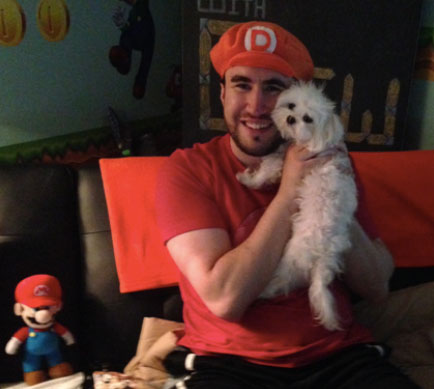 We all know the devastating effects of bullying. Anti-bullying campaigns are everywhere. My son, Drew fell victim to a different kind of bullying, what I refer to as “judicial bullying.” Those who are supposed to protect and defend; who are sworn to uphold justice became the bullies who caused our son to try to end his life.

Judicial bullying is tolerated under the guise of protecting our community from “criminals.” Often these so-called criminals are young people with a mental health issue who need help, treatment and guidance. Virginia ranks 36 out of 50 states for assistance with mental health treatment. And our jails and prisons are filled to capacity with people who suffer mental illness, autism, and addiction.

What began with a misdemeanor arrest in August of 2012 for a profane text message Drew sent to a former girlfriend after they argued, spiraled into an insane criminal justice nightmare that continues.

Drew is on the autism spectrum, and until this issue, had never been in legal trouble.

Since this is a long story I will focus this post on our son’s attempted suicide as a result of judicial bullying. For more details the link to my blog is below, where I provide excerpts from the trial, and other court hearings. We are an open book, welcome your questions, and hope that by sharing this painful story we will help bring awareness to needed changes within our criminal justice system.

On March second of this year our son went to court

His attorney was requesting that the judge consider home incarceration in lieu of 3 years in prison. The judge stated he had read the stack of letters from Drew’s therapists, his psychiatrist, autism experts, and even his own probation officer for over 2 years. The letters strongly urged him to consider an alternative to incarceration detailing how incarceration for someone with autism is akin to torture.

Ongoing sensory overload from the brightness and humming of the florescent lighting typically on 24/7, the noise, lack of any predictability, abrupt medication changes, and trying to navigate the unwritten rules of inmates puts someone with autism in jeopardy.

Some of the letters even argued that the conviction should be reconsidered based on the overwhelming reasonable doubt in the case, and the fact that autism had not been properly considered during the trial or sentencing.

Despite the supportive letters, and Drew addressing the court sincerely and respectfully, apologizing for any pain his words caused the woman involved, the judge ordered him to be taken from court to begin serving his 3 year active sentence.

The judge even said he didn’t see Drew as a threat to anyone but that he was sending Drew to prison because that was what he believed the community would want him to do. Our hearts sank. I relive those moments in slow motion–often in the middle of the night.

My husband and I were told we could visit Drew March second, the evening after the court hearing. When we showed up at the Chesterfield County Jail we waited for about a half-hour. A guard asked us to step outside. He said Drew was refusing visitors. We asked if Drew knew the visit was with his parents. He said yes, and that Drew didn’t want to see us.

We would later find out that Drew had tried to end his life and didn’t even know we were there. They cleaned up the blood and bandaged him.

Despite Drew crying and telling them was autistic and that bright lighting is very painful for him, he was strapped to a ProStraint chair, tilted backwards to face a bright florescent light for hours while he screamed for help. I cringe and cry as I write this. 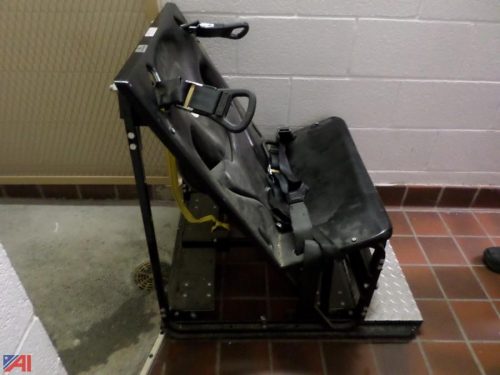 My son tried to end his precious life by suicide

For this he was punished. No one ever asked him what he was thinking, why he did that, or any other humane questions.

He was punished. And the punishment would continue for months. From March until May he spent most of his time in isolation sometimes stripped naked. Isolation is horrible for anyone. For someone with autism it is torture.

In April Drew called us. We recognized his voice, but we couldn’t make sense of anything he was saying. March second he had been taken abruptly off of all the medications his system had been used to for years, put on unfamiliar meds, and then a series of medication changes for months. He was constantly moved from place to place, trying to adjust to the new inmates and staff. He had been in isolation for so long he literally babbled.

I’m not a mom who sits back and does nothing. I pray…but I also take actions. I called senators, delegates, the DOC and the DOJ in Washington, DC. I made it clear that I did not want my son to be the next young person to die in a Virginia jail or prison. God knows there have been far too many!

Despite being a very squeaky (albeit polite) wheel I was constantly discounted and reminded that my son is an adult. When I shared the difference in chronological age verses emotional age for someone with autism, I was told that they had diagnosed him as having bipolar disorder.

I called his doctors here on “the outside”

They said that after having treated Drew for years that this was an incorrect, ridiculous and even dangerous misdiagnosis. I was told that if the prison doesn’t consider autism, then nothing Drew ever says or does is going to make any sense to them. To this day, the doctor tells me they are treating him for bipolar disorder.

By mid-May, Drew was finally moved to a mental health unit within the prison. If you’re picturing a hospital setting, then don’t. He is in prison. He suffers daily from sensory overload and fear. He has seen one dead person removed from a nearby cell, and has watched as other cells are cleaned up after suicide attempts.

He says the worst part is knowing he is innocent of the crime for which he was convicted, and that he is being punished because the judge didn’t understand the communication of someone with autism. At trial the judge had looked past the considerable reasonable doubt and convicted based on the relative credibility of Drew and the woman.

When did autism become a crime?

My husband and I have written a petition for support asking the governor to pardon Drew. Please read our petition, sign it and share it. Every signature matters.

It is only by coming together that our voices will be heard loudly and strongly enough to catalyst the changes needed within our criminal justice system.

The long arm of the law reaches down Charles’ pants

10 thoughts on “Autistic son abused by the criminal justice system”