Charles once wrote, “Through all the terror, I can catch beauty in a glimpse of hope.“

When I feel lost and broken, I think of that phrase. How could I possibly have hope after losing my son to suicide?

But something happened because of this tragedy.

My capacity for love grew.  Which restored my hope in myself.

Comparing your life with that of another can put you in a constant state of unhappiness.

With the advent of social media, the feeling of inadequacy compared to others is often compounded.

Those of us whose children suffer/suffered from addiction or mental illness have, at some point, compared our shattered, roller-coaster lives with others whose … Read more...

Here’s what grief as the result of suicide loss can look like. The profound moments of joy are appreciated more, and savored longer. The feeling of love lies closer to the surface and most of us that have suffered this loss are more willing to reach out without worrying how it will be perceived. It’s real and it’s authentic.

Thanks to Shirley Ramsey, I had the opportunity to connect with others who grieve the loss of a loved one by suicide and are passionate about the cause of suicide prevention at the American Foundation … Read more...

How do you get the worst news of your life and move forward? How do you weather a tragedy that alters your life so much you can’t see how you can survive? How do you find the strength to enjoy life after that? Will you ever laugh again?

At first, you are in shock, moving through a fog. It’s hard to put anything in order and you feel lost and in disbelief. But once you come out of the fog, you need to find your way and you have to fight for it. Because we only have one life and I want … Read more... 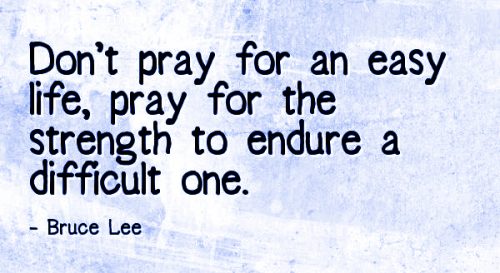 I have been asked this question several times since Charles’ death. As a result, it’s been on my mind because I know that others not in this club must wonder how we go on.

I have had many near death experiences that I have mentioned before–a broken neck, an attempted rape and murder at knifepoint, a brain tumor, two brain surgeries and a near lightening strike.

I would have thought this would have groomed me for whatever came my way. The truth is it did not prepare me for watching my son self destruct and his ultimate suicide.

There are times during this grief journey that I feel small and worthless. I don’t normally suffer from lack of self esteem so the intensity of this feeling is foreign to me.

Not that I have never felt this way. Everybody does at some point. But since Charles’ suicide, it has, at times, been paralyzing and more persistent.

My normally tough exoskeleton is soft and pliable during these episodes that I can only assume are triggered by the vulnerability of grief. I have moments when I think if I screamed … Read more...

At some point, you have to ask yourself, what is that baggage doing for me?

To move forward after Charles’ suicide, I had to let things go.

Unlike other suicide loss survivors, I never felt a lot of shame. When we first started seeing signs of drug use, I did feel shame but as I educated myself, I came to realize addiction was an illness.

I had some flashes of anger after Charles killed himself but I never thought he died by suicide to hurt me. I never felt anger at anyone else either. I didn’t blame anyone or think someone … Read more...

Suicide is loss of hope.

And certainly after you lose a child by suicide, your sense of hope is hard to find.  What do you do after you lose one of the people that gives your life meaning?

The pain of losing my child by suicide was relentless at first until I just went numb and catatonic. That numbness is your body’s only defense to the onslaught of unbearable agony.

Yet through all that despair, I desperately held onto that tiny shred of hope that was going to keep me alive, keep me moving forward. I held onto it with everything I had. That awful night, my son and … Read more...

When Richard, oldest son, was here for the Richmond Film Festival early in March, we got some time to spend together. (His film Cottonmouth got in the festival.)

One day I took him and his roommate out to lunch. While we sat there eating, Richard said, “Hey Mom, do you want to go to the screenings with us this afternoon?” I said,”Yes I can. No plans!”

Whatever plans I had, poof, they were gone. Fortunately I had taken the day off and cannot even remember what my plans might have been.

I believe that by being open about suicide and sharing coping experiences and ideas, we can learn from each other.

The stigma has kept us clammed up for so long, it’s time we shared.

These work for me. Not to wipe away the pain. But to help me figure out how to live my life with this loss.

Writing hurts sometimes. Well, a lot of times. But there is a release of pain after I hit publish. I also feel free to do it now–to say what I want. No one is stopping me because I started my own … Read more...