This heart is to raise awareness for the 45% increase in suicide rates in females from 1999-2014.

Middle-aged women 45-64, had the highest suicide rate among women and the largest increase– a whopping 63%. For females 10-14 years old, the suicide rate increased threefold between 1999 and 2014, a particularly alarming statistic.

I believe lack of resources and lack of conversation regarding mental illness are just two of the reasons suicide has gotten this promotion. Chances are your children know someone at school who has either died by suicide, attempted suicide or talked about it.

Please have a conversation about … Read more...

Charles loved super heroes. The “man of steel” was his favorite. All super heroes have some pain in their past and I think now he identified with that.

He was always intrigued with super powers and used to talk of mechanical hands and flying as late as eighth grade. I think he hoped a super power could fix him.  And maybe a super power did.

This S is for Suicide Awareness. Thank you all for helping me spread awareness of a subject cloaked in silence.

When Richard, oldest son, was here for the Richmond Film Festival early in March, we got some time to spend together. (His film Cottonmouth got in the festival.)

One day I took him and his roommate out to lunch. While we sat there eating, Richard said, “Hey Mom, do you want to go to the screenings with us this afternoon?” I said,”Yes I can. No plans!”

Whatever plans I had, poof, they were gone. Fortunately I had taken the day off and cannot even remember what my plans might have been. 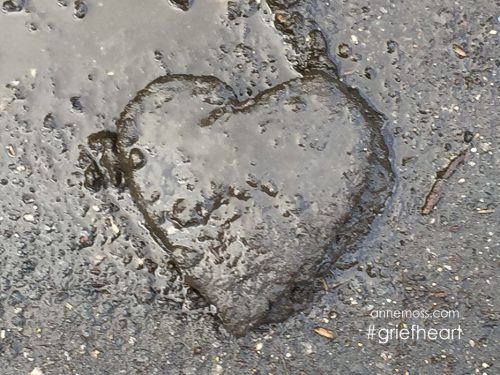 It’s been a long time since I’ve made a mud pie. But I made one today. I do feel like I’ve had a grief relapse lately. When I’ve talked to other moms in this “club,” they tell me it’s the result of being close to the death anniversary of June 5. It’s my first so I didn’t know what to expect.

There is some comfort knowing where it’s coming from. It just feels like your heart has been dragged through the mud–sluggish and unmotivated. I just try to remind myself that grieving is healing.

Today, two of my dearest friends, Paul and MaryJo Hughes, hosted their daughter’s wedding. I was so excited for them and for Brianna and Michael Palowitch. An absolutely stunning event. With each of these life events, there will be tears of sadness that Charles won’t have these moments. But tears of great joy as well.

Before I left for the wedding today, I set aside time to grieve the loss of those special moments and decided that I was going to enjoy the event without guilt.

I decided that instead of being sad because this is the first time I … Read more...

This is a verse for the lonely
When you’re hurt mission’ homies
Poppin’ perks cause your’ lonely on earth
It’s the worst when you immerse into solitude
Your shadow is the only one who follows you
The mirror is the only 1 who talks to you
It eats you alive till it swallows … Read more...

Lauren is in her early 20s. After she sent this note to me she reached out to her parents. She asked me to post her message here so you could see it and share it so that it would help others.

Note from Lauren below:

I came across your post “The Final 48 Hours” today (5/17/16) on Facebook that was shared by mutual friends. I have never come across a story that has related to me more in my life.
On May 10th at 2:09pm I thought about taking my life.

Charles loved games! Every single kind of game. Couldn’t ever get enough of them. When he was little and wanted to read, he loved the phonics game. He loved chess and played that with his Dad. He was in the chess club for a while and played at The Family School in upstate NY. He was pretty good.

It always amazed me that this kid with ADHD had the patience to play chess. But Charles loved strategy and for some reason he could concentrate on a game. Probably because it meant more to him than math homework which he could … Read more...

Not everyone leaves a last letter.

But we mothers have found things tucked away and balled up in the trash. Maybe not an official suicide note, but they do reflect what the sufferer is feeling in their darkest hour.

Usually, they are not thinking of you. They are thinking you’d be better off without them. Most at this point are in agony.

People suffering from depression don’t want to tell you they hurt. One, that’s the nature of the illness. Two, they don’t want to reveal that darkness their souls. They’d rather die that feel the rejection from those they … Read more...

This is an original photo from a friend of mine. Obviously I don’t have desert as a yard.

But it does represent how my heart feels some days. Today especially. It just feels like a bunch sharp things are stuck in your heart. And it hurts.