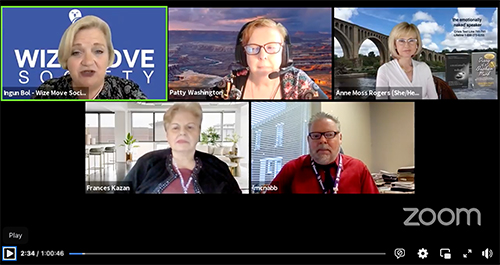 Video chat with several members of the Wize Move Society, based in the Netherlands, on Suicide prevention for the 50 plus. It’s a group made up of those over 50 from countries all over the world. Anyway, if you want to see our chat and learn more about the signs, what to do and more, see our conversation below.