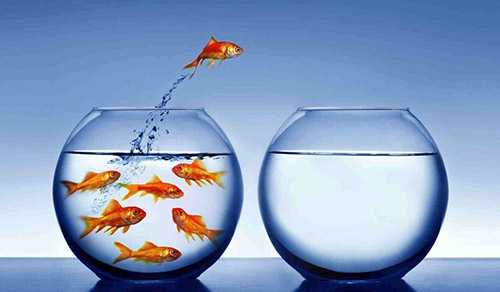 Whether it’s spring break, back to school, or the holiday break, I just wanted parents and teachers to know that transitions are moments of intense stress for students and can be danger zones for suicide risk. And that mini-transition from school to home for the holidays can be a period of distress.

You might not be aware that your child is vulnerable. I didn’t. Most don’t until it happens. In writing my second book, Emotionally Naked: A Teacher’s Guide to Suicide Prevention and Recognizing Students at Risk, we interviewed Dr. Victor Schwartz, Former CMO of The Jed Foundation, who provided more detail on transition periods.

“We know since the early days of psychoanalysis that transitions are difficult. Separations are challenging and they evoke anxiety. [We] do see surges in suicide at the end of college or the end of high school. More at the end of something. The leaving. For many people, this seems to be more difficult than starting the new thing where very often the system is giving [students] quite a bit of support……But ending college or high school are major changes. We need to recognize that changes and separations are both anxiety and depression provoking. They raise people’s stress level and are danger points, to some extent. Winter vacations, coming home for Thanksgiving, or for Christmas break. And then going back to school are all again mini transitions. So, I think it’s important for people to understand it’s not just the high school to work or high school to college, but anytime there’s a transition. If you move, that’s a transition. All of those things present challenges [for students].”

Kids who have struggled with substance misuse or addiction, mental illness would be more vulnerable to emotional upheaval in a transition. Add in the isolation from COVID-19 pandemic, there is reason to be more observant and ask more questions.

I’m seeing five times the traffic on help pages and more youth are reaching out with thoughts of suicide since this time last year. I’m answering and replying several times a day which is an unusual volume. Last year it was about 4 comments per week. Lately, it’s about 5 or more per day.

The good news is young people are reaching out for help. And responding to my replies. COVID has increased the number of kids struggling. And many of these kids are accessing the resources.

So what a parent to do?

Have a conversation and tell your child that transitions are hard and you’ve heard they cause a lot of anxiety. That’s where you start. More kids struggle with anxiety than suicide but it’s typical these days for teens and young adults to have those thoughts. Ask them if they’ve had thoughts of suicide. You don’t have to have any more conversation on the topic of suicide than that if they say, no. But do ask them to watch out for their friends. COVID-19 has isolated us more, making students more vulnerable. Do know that far more think about it than take action but it is still important to understand that a conversation about mental health is a good one to have with your child.

Find out what the resources are where there are (college, middle and high school) and ask them to put it somewhere on their mobile device to help themselves or a friend. When they roll their eyes, tell them that even if they don’t need the info, that friend might, and since it’s one in four chance, it’s actually likely.

Talk about how you’ve felt more stress which has made you more irritable. Maybe you’ve been kind of losing it about once every three weeks. They won’t open up until you do. The most important skill is listening. Without judgment, without solving their problems or making suggestions. You can ask questions. But don’t try to fix it. If they are suicidal or experiencing a serious mental health crisis, do try to connect them with support, first for an assessment, and then a treatment recommendation.

When my oldest child was in college he suffered one episode of high anxiety and depression in his sophomore year and called me. He said, “Mom, I just feel so down.” A number of things had happened and it seemed like many of his friends had abandoned him. We’d find out later a young lady was angry because he’d ended their relationship and spread vindictive, false rumors about him which he didn’t know at the time.

I knew where he would need to go because I had researched it when we toured the school. I detailed the steps, and he followed those steps and got some support. For his school at the time, an appointment at the clinic was the necessary route for a referral for a counselor.

His was a single event and he wasn’t suicidal but he was struggling and we don’t want to wait for a crisis. We want them to learn skills to manage adversity. My youngest was suicidal and we lost him five years ago.

Our kids struggle in these transitions and being aware of it helps you spot that risk.