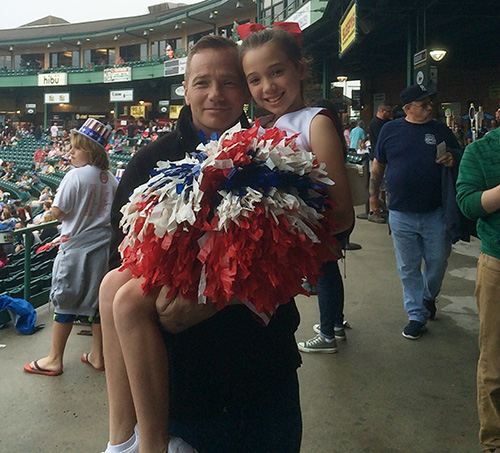 by Kiernan Gallagher, 14 years old
Published with Kiernan’s and her mom’s permission

I didn’t return to school for about three weeks and returning was like being held underwater.

Upon walking in school, I genuinely believed I was going to be okay

I wouldn’t shed tears, I would answer questions strongly, I would get my work done. I thought people would be there for me: I would have people to talk to.

I was entirely wrong. I sobbed, couldn’t stay in class, and when people asked questions, I only had the strength to answer some. Everyone’s faces were turned towards me but would turn away the moment I looked back in their direction.  I didn’t have many people to talk to other than some adults who were at least able to admit they had no words.

My day of return felt like everything was in slow motion

Opening my locker and seeing a handprint of heat left behind because my body temperature was spiking. Tears welling up forever, but not letting them fall until my sight was blocked. Imagine how things will be for me now from here on out at school; although I can lock the emotions up, sometimes, they can’t be hidden.

You can’t see my brokenness, my heartache, the things I cover up, the things I never share, my regrets. When people fill in the blanks with their own ignorant stories, they bury him and our family over and over again. You can’t see how much I wish my dad was here, using the mop as a microphone to sing as he made all of us help him clean the house. Although you can’t see it, it’s there. I promise.

The night my dad passed away — September 25, 2019 — and all the memories and conversations before it play over and over again in my head, like a broken record. I now lack focus at school, and in general, get lost in my thoughts. Oftentimes, people will tell me they don’t want to bring it up because they don’t want to remind me about it.

Trust me when I say I haven’t forgotten; and that I’m not going to

There is a part of me that exists only in that moment, when an officer said, “Sean has died.” I will never forget the police sirens, the ambulance sirens, my moms screams, not being allowed at my house, the goodbye that I didn’t know was goodbye… There is so much I will never forget about my dad’s death; it is a scar as permanent as a tattoo. But, I will also never forget how great of a person my dad was.

My dad, Sean, was basically my twin. Our midnight snacking habits, picky eating, sassiness, sense of humor, looks… We went together like peanut butter and jelly through it all. He was always on my team. He was a helping hand to anyone. He was the determination, the brains. He was the life of the party, always down to do something fun and wild. He was the laughs. The laughs when I was angry, when I was in tears, when I was so frustrated.

My dad was my strength

He fought so many battles and dealt with so much. After the battles he fought and won, how could he have then given up?  My anger flows through me like lava, and it burns.

Not being able to go back is painful, but so is having to move forward.

Yup, I saw the signs, but I never put the pieces together until the end. I never thought I would experience this, so although you may believe that you wouldn’t need to know the signs, you should still be very aware. Experiencing trauma, moodiness, sadness, loss, hopelessness, mental illness, etc. These all are warning signs; I encourage you to learn more about them because this fight is not theirs alone.

I am not the same person and yes, that happened overnight.

The impact will last forever

My heart is beyond shattered. The world lost a great guy, and anyone who knew him would say the same. Losing your best friend, first love, hero, and father all in one is devastating. I often make the mistake of preparing myself to go ask or tell him something.

I miss him. I close my eyes or stare out into nothing and he’s there. His shadows and words are all around me. With time, apparently, I’ll learn to accept and deal with this new reality.

An excerpt from Kiernan’s story is included in this book in the chapter about postvention.

30 thoughts on “My father died by suicide four months ago”