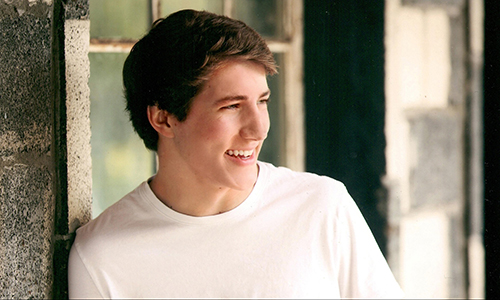 My cell phone rang at 1:03 AM on Thursday, November 20, 2019, and I woke with a start. I always kept my ringtone volume on full blast so I hear my son Johnny’s late-night calls. I reached over picked up the phone expecting to see my son’s name on the screen.

The voice on the other end answered, “Hello, ma’am, this is Officer so and so with the Douglas County Sheriff’s Office. I’m at your front door. Will you please come down?”

I replied, slightly irritated, “Do you have Johnny with you?”

A cold chill went through my veins

I rolled over and woke up my husband, John, and said, “The police are at the door. It’s Johnny.”

He jumped out of bed, we threw on our robes, hurried downstairs, and opened the door. A police officer in uniform stood there alongside a woman in a black shirt and pants. We asked them in and led them into the living room where intuitively, we knew to sit down.

The woman in black said, “Mr. and Mrs. Stack, I’m with the coroner’s office. I’m so sorry to tell you that your son is deceased.”

I blinked, stared at her for a few seconds, not quite comprehending what I’d heard. I felt John’s grip on my hand tighten. I asked, “Deceased? What do you mean, deceased?”

“He’s dead, ma’am,” she said. “He jumped off a parking garage.” I screamed and fell into John’s arms, sobbing.

I was now living every parent’s worst nightmare.

My son, Johnny Stack was born on February 7, 2000, and died by suicide on November 20, 2019, at the age of 19. He was an incredibly intelligent, funny, charming, handsome young man, which you can see in his tribute video.

We are a normal suburban family and did normal family things

My son had a good life. A 4.0 GPA had earned him a college scholarship, and he had a family who loved him and still loves him very much.

Unfortunately, we live in Colorado, which was the first state to legalize marijuana in 2014 when Johnny was 14 years old.

At about age 16, when he could drive, he graduated to “dabbing” high-THC marijuana, which is a very potent wax or “shatter” form of nearly-pure THC. That triggered bizarre episodes of psychosis, a first suicide attempt, and delusional thinking. He complained that the FBI was after him, the world “knew about him,” the mob had it in for him, we were “in on it,” and so on.

We would withdraw him from college and admit him to mental hospitals. They would stabilize him with medications, and he’d recover until he started using again.

He was put on anti-psychotics to control the delusions. Because he was extremely intelligent, he didn’t like how “stupid” the meds made him feel. So, he stopped taking them without telling us, a common problem with the disorder.

Three days before he died, he came over for dinner. He lived in our condo a couple of miles down the road and often popped in for a home-cooked meal.

“I need to tell you that you were right,” he said.

“Right about what?” I asked.

“Right about marijuana. You told me that weed would hurt my brain. It’s ruined my mind and my life. You were right all along. I’m sorry, and I love you.”

His suicide happened three days after that conversation.

Johnny “dabbed” for years, starting 16, or maybe 15. Do you know what “dabbed” means? Not everyone does.

Do you understand the difference between smoking cannabis flower and dabbing high-THC concentrates, such as wax, oil, shatter, or budder (not a typo)?

Most of my friends look at me blankly when I tell them this. They respond with, “I’ve never even heard about it,” or “I have no idea what you’re talking about.” If you don’t know what cannabis concentrates are, and you have children, grandchildren, sisters, brothers, nieces, and nephews between the ages of 14 and 24, keep reading.

I am NOT talking about those of you who are supporters of legal recreational marijuana. For adults over 21 years old—it’s your life—do what you want. I know some people who take it successfully for specific medical purposes, so we aren’t against that either.

I’m specifically referring to illegal, recreational usage by adolescents under 21 whose brains are still forming.

Well, have you recently studied today’s pot? Have you personally seen its effects on your children like I have?

Why are cannabis concentrates so different?

First, the tetrahydrocannabinol (THC), a crystalline compound that is the main active ingredient of cannabis that gives the “high,” is extracted out of the cannabis so that it’s nearly pure.

THC is the principal psychoactive constituent of cannabis.

Cannabis concentrates are vaporized by using a butane torch to heat the crystals which are similar to beeswax. Or the oil is added to a “dab rig”, or vaping device with a heating element called a dab pen.

The brain is still developing through a person’s twenties

Psychotic disorders typically develop in the late teenage years. During brain formation, heavy cannabis use has been shown to have a negative effect on the formation of neural pathways which often leads to heavier drug use. While the vast majority of marijuana smokers never experience permanent mental illness, researchers have found that the earlier and heavier someone starts dabbing, the more likely it is that they will develop a disorder at some point, often years later.

The harmful combination of a brain that has not matured yet, high-potency THC products, and a high frequency of use can result in Cannabis-Induced Psychosis (CIP). That is a genuine diagnosis and is also written as High-THC Abuse – Severe. Repeated CIP incidents can trigger schizophrenia or other mental illness. Even if cannabis misuse ceases, the psychosis remains.

This is what happened to my beautiful boy

My son’s toxicology report following his death showed ZERO drugs in his system.

His final note to us said the mob was after him, the university was an FBI base, and the whole world knew everything about him.

He was psychotic, paranoid, delusional, and he jumped in an effort to end his pain. He refused the anti-psychotic drugs he desperately needed because he thought he wasn’t sick– a common problem for people who live with schizophrenia. And common to families who struggle with loved ones who don’t want to take much needed anti-psychotic medication once they start to feel normalized and stable.

As parents, grandparents, friends, and counselors

We must first educate ourselves about the dangers of high-THC marijuana. Then we must warn our children when they are young (10-12 years old) and use hyper-vigilance in the early teen years. This is much easier to do before the age of 16 when they can drive, as you can’t lock them up or monitor them 24/7. They need to understand what this is, before “that friend” shows up at a party offering dabs.

I am compelled to help increase awareness about dabbing and prevent more senseless deaths. Keep talking and keep trying!

Laura Stack is an award-winning keynote speaker, bestselling author, and noted authority on employee and team productivity. She is also a mother of a Johnny Stack, who died by suicide after becoming dependent on cannabis concentrates. View all posts by Laura Stack

12 thoughts on “Does marijuana use increase teen suicide risk?”