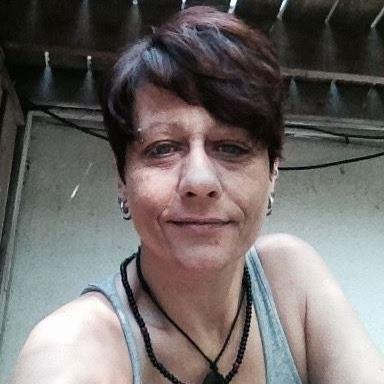 A close friend asked the other day how I think my trauma has contributed to the variety of mental illnesses I live with which got me to thinking that not only did it contribute to mental health issues, but it started so young that it in fact changed my entire development and personality. I never had a chance to develop properly, especially on the emotional side, because for me, there simply was never a time I wasn’t traumatized.

My birth mother was a cigarette smoking, drug addicted alcoholic who gave birth to me, a drug addicted, drunken baby, at the young age of 18. I was removed from her custody and after a lengthy hospital stay, was placed in Crown Wardship, or the custody of the province of Ontario. My birth mother, had been given a few months by Children’s Aid to clean up and prove a responsible parent, but failed to do so, and I entered the foster care system, where I bounced around from abusive homes to neglectful homes until I was adopted at 18 months.

The sexual abuse, the neglect, the near drowning all had turned me into a frightened mess of a child, who had great difficulty adapting to a new and permanent environment. I eventually settled in as best as I could and thought maybe life had finally turned around for me. Maybe I had actually found a permanent home. Maybe I was actually lovable and wanted.

It was just past Christmas, the tree was up and the open presents still strewn about everywhere. She was sitting on the cream coloured love seat, smoking and drinking a coffee. The tears streamed down her face. As I tried to console her, her tears turned into uncontrollable sobbing. I placed my tiny five year old arm around her and listened as she recalled the events of the night before, including showing me the physical evidence.

My only safe space was instantly taken away, as was a part of my childhood, as part of me now had to become a caregiver and protector, the latter which I failed at despite every effort. The abuse continued until the day my mom was diagnosed with cancer when I was 13. My father moved out shortly after and ironically my parents became good friends, while I was left to pick up the shattered pieces of my life that were all left behind.

To escape the fighting in the house, I spent a great deal of my childhood out playing with my friends. It was the late 70’s and still a time where children were left highly unmonitored. We could go to the park alone, or walk to the store alone…or so society thought and portrayed. The sexual abuse outside the home started when I was five and did not end until I was 14. There were multiple abusers ranging in age from 16 to 40, and more incidences than my brain will allow me to remember. There are, of course, some so devastating that the memories will be locked away forever, but the ones that surfaced, I dealt with, the best I could, in therapy.

I was an only child my entire life…minus two years

Of those two years, I have exactly three memories of the older girl my parents fostered. In fact, it wasn’t until after my mom passed away that I found her school records, proving she had been with us that long. As far as my memory was concerned she was there only a few months, and the primary memories I did have were awful.

The fighting in my household increased and after two years of trying, things did not work out (or so I was told) and my mom and I made the long drive to bring her back to foster care. I think I was six or seven at the time, was already a confidante and support to my mom and from that second on was terrified that if I added to the stress and fighting, I too would be returned. There are no words to describe how that felt, aside from an ever long sense of terror that I too, would be abandoned again.

In the eighties, cancer was not as prevalent as it is now, especially at my mom’s young age of 38. I was a messed up 13-year-old by then and now the only person that I knew loved me was facing this deadly disease, with barbaric treatments, repeated surgeries and hospitalizations. Back in the day, chemotherapy treatments left my mom sick and weak, spending her times between the bed and the bathroom, and just as she started to feel slightly better, it was treatment time again.

This battle, with a few short remissions in between, was finally lost six years after it started. I remember every detail of the day, down to the weather and the clothes I was wearing. I was 19 years old, and as far as I was concerned, was now alone in the world.

It was an overdose on my Grandmother’s medication and although I could not grasp the permanence of death, I knew that death meant the equivalent of no pain. The incident was chalked up to “childhood misadventure” and never spoken about again. Since then there have been two serious attempts as well as a handful of failed overdoses.

I have had these thoughts so long and so consistently that they have become ingrained, and for the majority of my life, I have, and do live in the state of being passively suicidal, and thankfully I have learned many coping skills to keep that active state at bay.

Those unfortunately are only a few examples of the childhood trauma that I experienced. Medically, we now know that early age trauma can cause under or over-development of certain areas of the brain, especially the amygdala, which is the control center of emotional responses. The root of many personality disorders is neglect, childhood trauma, witnessing domestic and verbal abuse and so on, so when I was diagnosed with Borderline/ Emotionally Unstable Personality Disorder (BPD or EUPD) and researched the symptoms and causes, it fit me almost perfectly.

I hit nine of the ten diagnostic symptoms upon diagnosis, although with therapy and a lot of hard work, I have managed to get a few of them under control now. I live with that, Major Depressive Disorder as well as Persistent Depressive Disorder, Anxiety and deal with chronic suicidal ideation. I take medication. I go to therapy. I reach out for help when I am too overwhelmed to deal with things alone. I have felt like this for so long, I don’t remember much else, yet I carry on.

I often wonder what I could have been, or what I could have been like had I had a “normal” childhood, but wondering does not change anything. It actually leaves me locked in the past, and comparing an imaginary “could have” to the reality of what my life actually is. It is both sad and strange how we can mourn something we never actually had. Trauma ruined my life. Trauma robbed me of innocence and youth.

Trauma stole my ability to trust and to feel loved, however, trauma made me strong, resilient and brave.

Trauma gave me the ability to empathize, to understand and to validate the pain of others.

I would not be who I am without trauma…maybe that is a good thing, maybe not, but the one thing I do know is…it is what it is.

Why should I stay alive when I want to kill myself?

7 thoughts on “Does childhood trauma cause mental illness?”