by Don Holman
In future posts, Don will be offering current event updates regarding national policy on the addiction and opiate crisis in the US 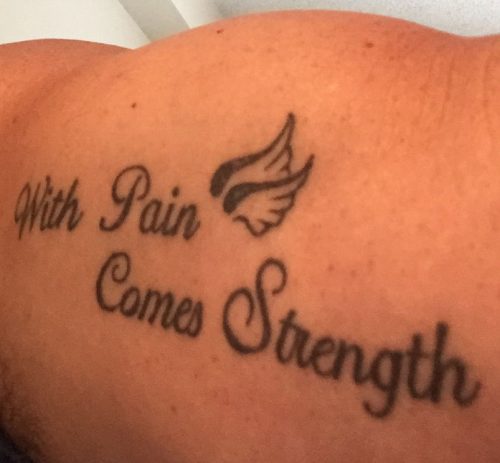 Fighting the Opioid Crisis – What is it?

My proudest accomplishment in life is being a Dad to Kristen and Garrett. On 2/9/2017 that accomplishment took a tragic hit with the loss of my son Garrett. From that point on in my mind, no matter what I accomplish or acquire in the time I have left, I have lost. So, I had the choice of throwing in the towel and giving up, putting it behind me and moving on, or my choice; fighting for something that is bigger than me knowing that no matter how much good I accomplish if any, I still lose.

I don’t think that makes me weak. In fact I think it makes me much stronger.

Without the burden to win, the fight has no boundaries and no distractions. I pray to God daily to lead me down his path and know that with my daughter Kristen by my side, Garrett in my heart and God leading the way, something good has got to happen. So, while Garrett is my inspiration, Kristen is my motivation to do what I can to try and make this world a little better place. In my mind, I only have two options after losing my son, cover Kristen in bubble wrap and lock her in a padded room or change the world. Believe me, changing the world is the easier task!

In 2017 an estimated 72,000 Americans died from overdose. Now, I believe that this number is still mis-reported because in some cases, suicide was included and in other cases suicide as the result of Mental Illness and Substance abuse was excluded. Regardless, using the estimated number of 72,000 unacceptable deaths attributed to the Opioid Crisis, as another Dad told me, “Why are there not 144,000 parents speaking out and raising awareness to this crisis”.

I know personally how different parents and siblings handle the loss of a child, brother, or sister. The first time I saw Garrett in the funeral home, I felt like God awakened the Holy Spirit in my heart and Garrett jumped right in at the same time. I have been motivated from that day to find a way to make a difference so that other parents and siblings do not have to endure the pain and sense of loss that we felt and still feel today.

However, not everyone close to me feels the same desire to speak out and I have learned over the last 22 months that the desire to speak out and share the pain is least common for most than keeping it in and trying to resume some sense of a normalcy. It is because of that and out of consideration for others that this is not a testimony to Garrett and a detailed account of his life. Just know that Garrett’s death at 20 years old, 8 days before his 21st birthday really pissed me off and it was and still is totally unacceptable.

I am currently located in Washington D.C. for work where I brought Garrett with me 6 months before he passed away. My first thought after that tragic day was that I need to talk to the President to make him aware of what happened and how it could happen to anyone. Since then I have spent a lot of time connecting to other parents and siblings that are in the same fight and part of this club that none of us wanted to join. God has also opened doors at all levels of the Federal Government to allow me to share and interact with our leaders and their staff working to end this crisis.

As a note, with the division currently being experienced in our country by the left and right, the Opioid crisis is where I have seen the majority come together in a Bi-Partisan effort to save American lives. While it is easier to point out who and what are not doing enough or not competent in addressing this issue, I will not enter any type of political debate or stray from my focus which is fighting the Opioid Crisis.

Based on my personal interactions, I have experienced compassion and support from the White House, Health and Human Services (HHS), Office of National Drug Control Policy (ONDCP), Customs and Border Protection (CBP), Homeland Security Investigations (HSI), and several members and staffers in Congress.
I learned very early in my advocacy that even among fellow advocates that share a similar loss, there is sometimes division.

Many are angry and demand action especially in cases where the Pharmaceutical Industry needs to be monitored and held accountable, which is so important.

However, I learned that expressing my anger was not going to be good for me or productive in any way. I had to channel my anger into a positive approach for my own Mental Health and longevity to remain in this fight. So, I will not disagree with those who have negative concerns and approaches and I value those who are committed to addressing that accountability.

Anne Moss Rogers is one of those parents I connected with, before I lost my son and then again soon after. Anne reached out and asked me if I would write an occasional post to share information on the latest efforts in the fight against the Opioid Crisis. I had suggested starting with a specific event but realized an introduction may be an important start.

Please understand, I am not a Doctor, Lawyer, Politician or Public Figure, I am just a Dad.

Unfortunately, like so many other parents and siblings, we become unofficial experts on the Opioid Crisis after it is too late to help our loved ones. So please fact check anything I write and correct me if I am wrong, that is how I learn and become better prepared for the fight ahead. In cases where I state my opinion, I will acknowledge it, and it is ok if your opinion is different from mine. I feel the best place to start might be to give my interpretation of what the Opioid Crisis is and glimpse into its complexity.

What is the Opioid Crisis?

If you are looking for a scientific or technical definition, please go online and do a search for information written and published by a certified health professional. In my opinion, the label for this crisis is the result of an exponential increase in overdose deaths as a result of opioid pain relievers. “Opioids are a class of drugs that include the illegal drug heroin, synthetic opioids such as fentanyl, U-47700, and pain relievers available legally by prescription, such as oxycodone, (OxyContin @), hydrocodone, (Vicodin@), codeine, morphine, and many others”; ref. NIDA.

Opioids not only relieve physical pain, but they also alleviate emotional pain and I am told by some patients that while taking opioids they experience a feeling of euphoria. The most common scenario that leads a person to an opioid addiction is the case where an injury or surgery resulted in a legal prescription for opioid pain relievers.

A patient is prescribed a larger quantity of pills than required (overprescribed) and sent home with instructions to take as needed for pain. Each person is different but having a prescription for 90 Oxycodone without adequate warnings and education, can result in a patient becoming addicted to the medication. This is where the debate around Chronic Pain Patients starts so I think it is a good time to address it.

Some have been overprescribed opioids for pain then cut off and some are living with chronic physical pain that need pain relief in order to live a somewhat normal life. Many times, this becomes a debate and puts Chronic Pain Patients against those trying to stop opioid overdose deaths. In my opinion, both groups are part of the Opioid Crisis and the solution should support everyone.

The challenge is determining if a person needs Opioids to relieve chronic physical pain or if using the opioids has led to addiction that is stronger than any physical pain. Either way, I feel physicians that freely prescribed Opioids then out of fear of repercussion cut off a patient that they very well may be responsible for addicting to the Opioids in the first place, are responsible for diagnosing and treating the addiction.

Then finally if a person is truly suffering from unbearable Chronic pain and they are addicted to Opioids, is that acceptable? I personally don’t know the answer to that question, but I suspect depending on the age and condition of the patient, some will say yes.

To come back to the most common scenario, let’s use an athlete in High School that suffers a sports injury and is prescribed Opioids for pain. The parents nor the student are concerned about the medication only healing the injury, so the athlete can get back into the game. The recovery may seem to take longer than expected and the need for pain medication does not diminish.

At some point the athlete may be denied the pain medication but now addicted, will possibly turn to street versions and eventually to lower cost, easier accessible Heroin.

Now our athlete is a drug addict, and instead of compassion and understanding, there is judgement and criticism due to the negative stigma surrounding those struggling with the disease of Substance Use Disorder.

In other scenarios, an injury was not the trigger to substance use disorder but could be a result of mental health issues and a need to self-medicate in order to cope. Many young people start experimenting with marijuana then with social media and social pressures, struggle to fit in and may progress to taking medication not prescribed for them that will lead them down a similar path.

Finally, illicit Synthetic Opioids such as Fentanyl, Fentanyl analogs, and U-47700 can be ordered online, shipped primarily from China, and delivered to the mailbox by the postal service. Also, Fentanyl can be mixed with crushed aspirin then pressed into a pill resembling a prescription tablet. A victim may think they are taking one Xanax for example but it is something totally different that contains an amount of Fentanyl that will result in instant death.

Now with the practice of dealers using Synthetic Opioids such as Fentanyl to cut product, other street drugs like Cocaine and even Marijuana can contain Fentanyl resulting in a user experiencing an Opioid Overdose. A prescription overdose reversal drug called Naloxone is available in most states to the public without prescription (Standing Prescription on file). I went to my local pharmacy and purchased a twin pack of nasal administered Naloxone called Narcan for about 130.00. I carry this with me when I go out in case I am ever in a situation where someone is experiencing an overdose, I can potentially save their life and give them one more chance.

This is an introduction to me and my opinion of the Opioid Crisis. Going forward I will focus on current efforts and anything positive being done in the battle to save lives. I will acknowledge areas that need more attention and additional actions needed at the Federal, State, and local levels. However, awareness among the public, especially those not personally affected is critical in changing the stigma and allowing those struggling and their loved ones to reach out for help without fear of being judged or alienated. Compassion and Non-Judgement will allow for a discussion that will help change the stigma.

26 thoughts on “The opioid crisis from ‘just a dad’”