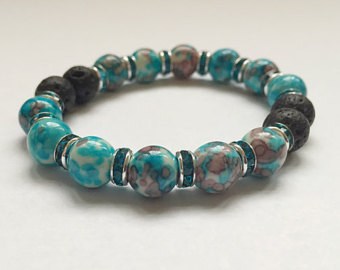 When your child is an addict in and out of recovery, you low expectations.

Holidays, birthdays and family events are unpredictable. You never can be certain the child will be present and if he is, he may or may not be sober. For several years, my oldest son created drama at family gatherings, so when he went away for treatment, it was a relief when he was not there to join us.

Alex’s crowning glory of drama was on my 50th birthday, when he took heroin for the first time. We had plans to go to my father’s house for a combined birthday celebration/Thanksgiving meal for the holiday. It was almost all my husband and I could do to drag Alex out of bed that morning and pour him into the car for the two-hour drive.

We realized he was drunk or high on some substance, but we had no idea what he had taken. By the time we got to the dinner table several hours later, Alex was woozy and just wanted to pass out.

In great denial, my mother kept trying to excuse his behavior, claiming poor Alex was “sick.” Andrew, Nick and I knew exactly what it was: intoxication. We had seen Alex behave this way many times before at home. The rest of the family just did not believe how out of control he was, yet.

Just as we said the blessing, Alex threw up beside the table. My Dad quickly got up to clean it up, while Nick led Alex to a bedroom to sleep it off.

Alex was away in a treatment center by Christmas of that year, and we all breathed a sigh of relief on Christmas morning to know he was safe, sober and not around to disrupt our day.

The next cycle of holidays and birthdays Alex was in a long-term treatment center, but he was only allowed to come home for a few hours. Thankfully, he did not disrupt the meals or show up intoxicated.

He had no presents to bring, but I was thrilled to be able to hug him and know he was alive. My expectations of being given a present, a sober son at holidays, even my son remembering that it is a holiday were gone.

So, this August, it was an extremely big surprise when Alex called me up on a Wednesday night to come join him at meeting. The treatment center he resides in invites family to visit at open AA meetings, so it was not entirely out of the ordinary, but getting a call when he did not need something was unusual. I went to Walmart, anyway and picked up some cigarettes for him as a small token.
After the meeting, Alex asked if I could drive him to another meeting off sight, and to meet him in the parking lot.

He met me outside about 10 minutes later with a small package. Inside was a lovely jade green bracelet. Apparently, he had it for a while and was planning on giving it to me for a special occasion, but he did not want to wait. As I looked at the package more carefully, I read the description “ocean jade: tranquility and hope.” My son gave me the best present I could ever receive: Tranquility and Hope.

Later, at the second meeting each person in the room was asked to say their name and their sobriety date. My son proudly proclaimed his sobriety date in front of me when it was his turn. I had never heard him say it out loud before. When it was time for me to speak, I did the math and realized it was my 24th anniversary of starting Al anon.

The meetings, my son’s gift of Tranquility and Hope, and hearing his pride at having a significant amount of sobriety, were the best presents I could have been given as a mother.

Join our tribe by subscribing

When your parents don’t understand addiction

2 thoughts on “My Son’s Gift of Tranquility and Hope”