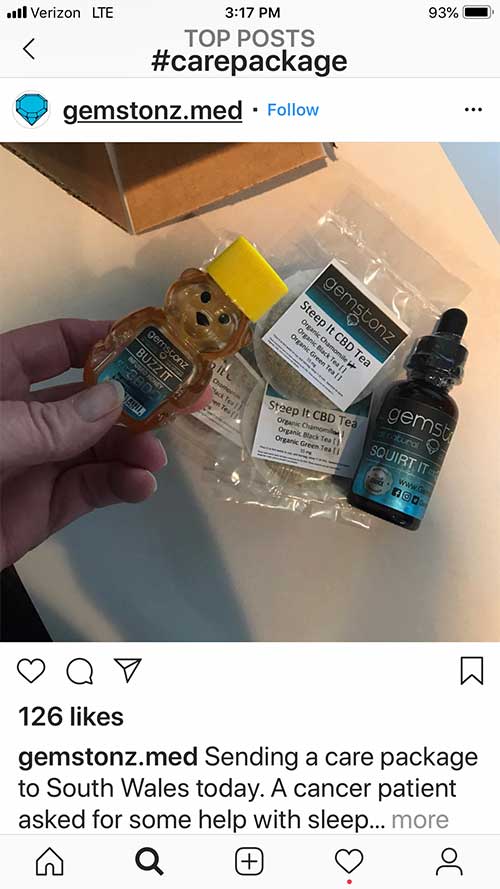 To teenagers, a #carepackage is a package of drugs, something they ordered on social media like Instagram or SnapChat.

Here’s how it works. The “buyer” can go on social media and write that they are looking for a #carepackage.  Then a drug entrepreneur contacts them, gives them an address, they pick up the package and leave money.

Often the package doesn’t label the drugs. It just comes with notes that say, “Snort it,” “Swallow it” or “Smoke it.”

So about a week ago, a seventeen-year-old in Richmond ordered one, used the drugs and ended up overdosing because it was heroin laced with fentanyl. It was not labeled as such. The police officer interviewing the young man got everyone in the department to call or text a teenager they knew. Every last teen knew what a #carepackage was. Replies went like this, “Oh yeah. That’s a package with drugs ordered on social media.”

Of course, in the scenario above the #carepackage was a highly toxic and dangerous substance. Fentanyl is so dangerous, the police departments now stock Narcan for their drug-sniffing dogs because they can overdose if the tips of their noses touch fentanyl.

Examples I found on Instagram during my heroin task force meeting in less than three minutes are below. I searched the hashtag #carepackage. That tag had a lot of legitimate and traditional care packages and I had to pick them out.

I thought the first one was balls of broccoli until someone told me it was marijuana. Yeah I know. I’m naive. I once thought the powder on the end of someone’s nose at work was remnants of a powdered donut and I was pissed I didn’t get any. It was cocaine.

The alarming part is that meth and cocaine are now making a big comeback.

The news just gets scarier. At least now you know. 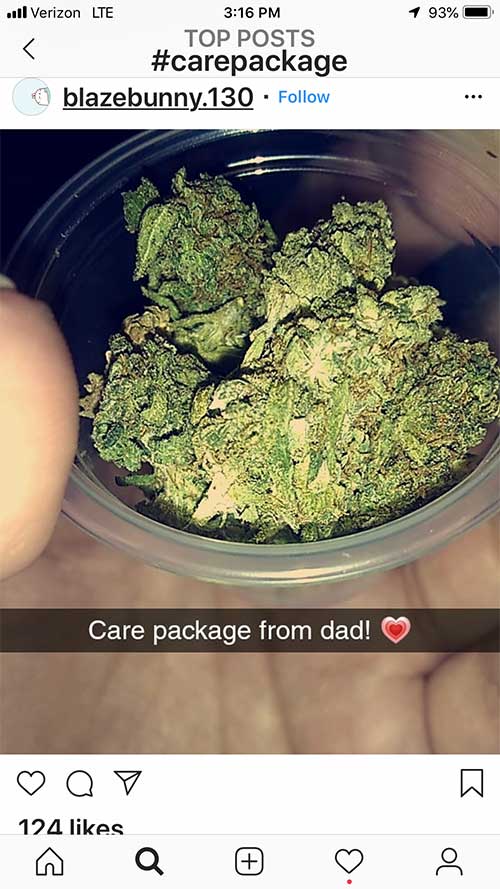 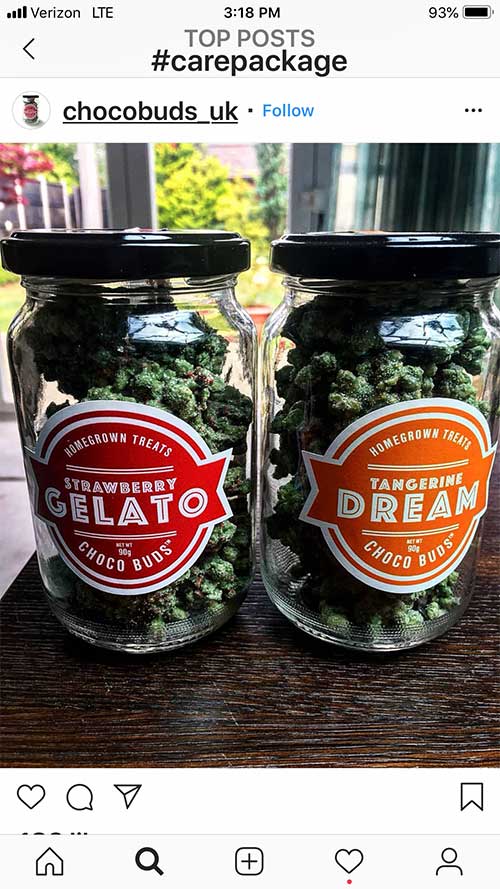 4 thoughts on “What is a #carepackage to a teenager? Not what you think”