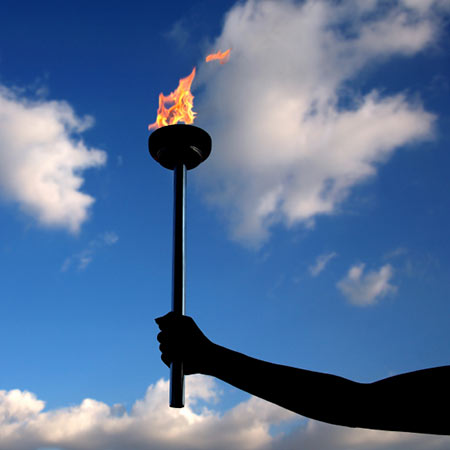 Note from Anne Moss: Michael is a thoughtful young man who attended a special needs school. He has an anxiety and mood disorder, sleep disorder, learning disabilities (learning receptive disorder and reading disorder), and has suffered from suicidal thoughts. With a lot of perseverance, he has worked his way up to being a manager at a restaurant and tirelessly helps others.

I do apologize I haven’t appeared been on your website, sending e-mails, making comments, or just being an active part of the “village.”

I disappeared from the “village” since negativity for me evaporated to seemingly optimistic peace. I did try to periodically read your insightful posts, but I felt guilty that I couldn’t contribute any use of myself to the “village.”

However, recently I was stricken with some very unfortunate news. The cousin of one of my former co-workers’ died by suicide. I never met her cousin. What struck me was the cousin was only twelve years old. That number twelve, rang a bell and echoed back at me when I remembered when I was twelve years old I wanted to kill myself.

I relived the darkness of my past. I remember when I was nineteen, I wanted to kill myself while in the family car by myself. I wanted to figure out how to die by having someone ram in my driver’s side in the family car. I couldn’t see myself missing my Friday morning in college, though. My desire for punctuality saved me.

Then I remember while I was still college, I attempted on a couple of occasions to strangle myself after cleaning my room and hallway. But I couldn’t picture myself deceased on the floor. I didn’t like how I looked in the mirror –being increasingly red and sad.

In that year, I made no suicide attempt, I actually found this website, Emotionally Naked. However, despite, feeling suicidal recently, I did something I normally don’t do this time in suicidal ideation: I read the Holy Bible which saved my life.

Prior to hearing my former co-worker’s news, I was sharing scripture with a fellow friend through text whom I felt needed encouragement with scripture. I felt she needed scriptures from Philippians 4:11, 4;13, and today Proverbs 3:5-6. She, being a believer, received my encouragement with open arms and gladly accepted my intentions to encourage her. I even expressed my knowledge in the Holy Bible in person at work to one of my current co-workers.

Little was I to know that someone in our local area, the twelve year old, died by suicide.

When I was stricken with sadness over the news, I read the Holy Bible and felt automatic relief. That’s my personal coping strategy with thoughts of suicide. I still have to recover from sleep deprivation, anger, and my helplessness of a situation I can’t control.

I tried calling the former co-worker, but she hung up on me. And I even donated money at our workplace in the donation box to transfer to their location.

Hope didn’t forget my pain nor did hope become negative in any circumstance. Hope kept me alive all these years. Hope doesn’t hurt or get bruised, but hope did replenish. Hope did restore. Hope rested in me. Hope did give me a chance. Hope loved stayed with its roots, not the opposition’s surrounding behavior.

I didn’t give in then, why I would give up now?

I’m not giving up. I considered myself a weakling, barely aware of the deceit that lies tell. Lies don’t love, they hate.
As weak as I am in everything that I am, I rely on the Lord.

Therefore I take pleasure in infirmities, in reproaches, in necessities, in persecutions, in distresses for Christ’s sake; for when I’m weak then am I strong- second Corinthians Chapter 12 verse 10. “I’m not here for a game of nothingness and that purpose goes in a puff of smoke. No, Charity will prevail.”

This is what I can share for the “village” and you Anne Moss Rogers.

Suicide is a silent killer. Thank you for reading this.
I do hope you are keeping the fire on those torches of hope burning in this dark landscape we call life at night.
Death is a hammer that breaks Life’s glass.

However, Life’s glass can put back together even when shattered.

Death’s hammer can only break so much until the metal chips away and begins rust. Then with the rust becomes dust. Death isn’t always going to be here, but Life has always existed from the beginning to ending and will even in the afterlife.