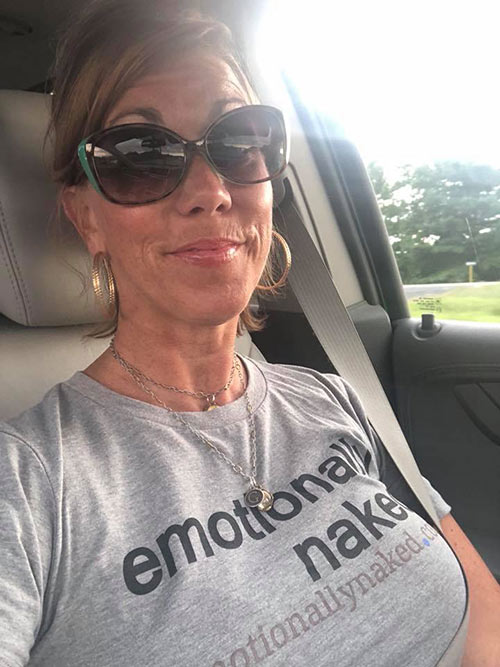 There are an infinite number of ways I miss my son. Today one of those thoughts hit me harder than most….because it is about his brother.

I am the mother of two handsome, witty and funny, young men. You look at them and there is no visual indication of their illness or disability. No reason you would think that either of these two have struggled or continue to. Yet, Austin suffered with depression and anxiety, while Colton fights to find his place in the world with Asperger’s.

As a society, we learn to immediately show compassion for those who we can visually identify with a disability. Often though, those who are battling in the ways that my children have are viewed as troublesome, annoying, impulsive, immature and a variety of other things that are only symptomatic of a true mental illness or disability.

Austin and Colton are 15 months apart in age and grew up as best friends.

As other children began to mature at a rate that was leaving Colton behind, his older brother felt like his only true friend. In his last few years with us, Austin’s anxiety often clashed with Colton’s inability to recognize social cues. Austin loved his younger brother fiercely, though. And Colton looked up to his older brother and counted on him in so many ways.

Colton was weeks away from his 18th birthday when his brother lost his battle and died by suicide. We spent 5 days in the hospital with Austin. The oxygen to his brain was cut off too long and he would not regain consciousness. We all knew that he was going to die, it was simply a matter of waiting for his breathing to stop.

We all spent that time comforting each other, sharing stories and bonding with new people this amazing young man had brought into our lives. But those 5 days were not about that for Colton. Until the time Austin was officially declared deceased, my younger son never gave up on the idea that his brother could wake up. He gave no thought to all of the worries that could accompany that – what would his condition be, what his life would look like going forward, his level of cognitive functionality – just that he needed him to be here on Earth with him.

An “adult,” yet one without a driver’s license, and with another year of high school ahead of him but without a friend, or a brother. Colton’s last year has been different than mine (of course-we all grieve differently). Colton began being locked up inside and just wanting to be away from his family, then I listened to him question all of his last interactions with his brother and wish he had done some things differently.

His pain made him angry at everyone, including Austin

I am relieved to say that 14 months later, my relationship with Colton is the best it has been in many years. I am sad to say that he still has no true friends and although he has graduated still has no license or job and is just not ready for college.

I know he feels lost and I know he has no confidence in himself. He’s lonely in a way that even I can’t begin to understand. I feel the hole in my own world where Austin once was, so when I look at Colton today I feel as though his whole world must seem like a hole. We have a lot of work to do to help him. He has begun to talk to some of Austin’s friends and spend a little time with them.

When I cried this morning, I cried for Colton

My child that is still here on Earth and who needs so much that all my love cannot fix or fill. He is a bright, handsome, engaging and funny young man. I love him with every ounce of my heart and soul and I worry daily that I cannot help him.

I am the mother, the adult, the head of the household and I have found my voice in the world. I find strength in pursuing change in Austin’s honor and memory. Yet even I worry that the world may forget him, that people will stop saying his name and even that people will forget that grief is something I live with and experience every day.

Colton walks through the world not having found his voice and his purpose. And as he sees it, most days the people he encounters definitely don’t know how he is grieving and the pain he lives with.

I am the mom of two amazing young men.

I grieve for them both in different ways and I pray that I can help the one I have left on Earth since I was unable to successfully help the one no longer here.

Grief: 5 things that helped me turn a corner