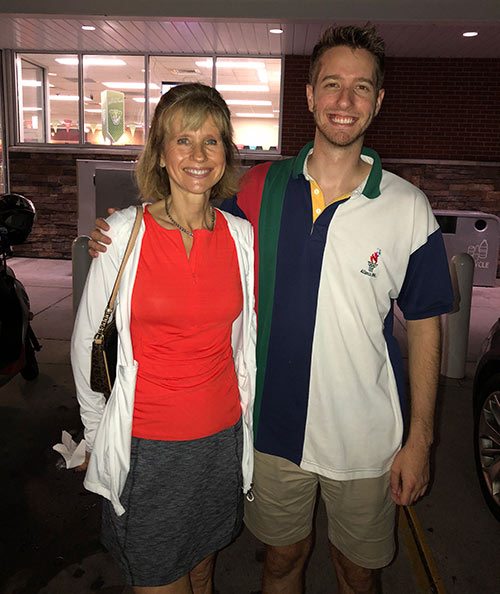 So late Saturday night look who I picked up from the airport. Richard flew in from LA to spend a week with family. I don’t think I will ever be used to him living 3k miles away. Good lord I miss my son. An only son, now.

Back in eighth grade I knew he’d move to LA. He was so into film then. I remember thinking, “How will I live with him way out there on the west coast?”

I knew how much Charles loved Richmond. At least he’d be close by.

I’m going to enjoy my week with my oldest boy.

What Richard said after his brother’s suicide

6 thoughts on “The day ended well!”