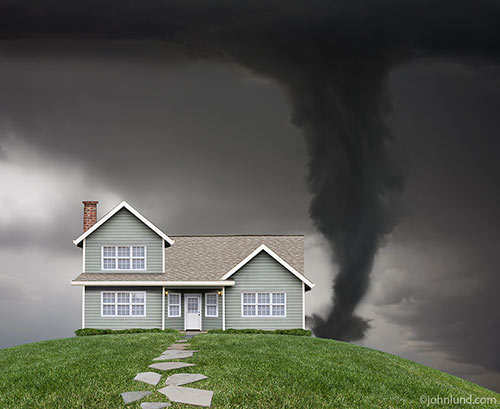 I remember reading a story about a mom who adopted a harm reduction strategy and defined that as living with her son while he was using heroin. I don’t think, in that article, he actually went into recovery. However, when he’d leave the house, she’d ask just him to please use clean needles and the fentanyl strips she had purchased.

It sounded so neat and easy. I remembered feeling guilty we did not try that. Once I knew he was addicted, that is. Then I started to remember how it was with him at home when he was using. Both before we sent him away and after.

The big question was, “Could I have lived with it and used this particular harm-reduction strategy?” I don’t resent she presented an alternative approach, I just needed to ponder the possibility.

Charles would set off fire alarms by dozing after a hit of whatever and nearly setting the house on fire. He’d snuck into a neighbor’s house once and stolen prescription medication out of her cabinet which he admitted when asked. To my horror, the prescription bottle label he had tried to destroy had enough pieces I was able to put them together and figure out where the pill bottle had come from. How many times had he done this and would he do it again?

One time, I woke up to see my son naked at the guest room window on the coldest day of the year either coming or going from the rooftop.  He’d peed on the roof. Had he come back in? Or had he not gone out there yet? And the fear I felt when he was so out of it, I didn’t recognize him or even know what to do. Do you just haul a naked child to the ER? I had to ask our counselor what to do. And the next time he presented with odd symptoms, I did take him to the ER as instructed.  Fortunately he was dressed but he was spitting mad. Furious. And we were up most of the night. Again.

And what about a car? Do you really let someone who is using have use of a car putting others at risk? I have to admit I wasn’t. Could I knowingly allow him to live in our home using heroin and be OK with sketchy people delivering drugs to our home and driveway or hanging out on the corner in our neighborhood waiting for Charles, their buyer, to come pick up the goods? What about our neighbors and their safety?

How many times did I wake up to go to the bathroom with a dog whining to get in our room in obvious stress? How many times did I hear odd noises, banging in the hallway, the attic, or downstairs but was too afraid to open my door for fear of what I might discover? How many times had I walked out the door because I could not sleep only to discover a wobbly, glassy-eyed teenager who denied anything was the matter? How many times did I find vomit on the floor?  The door and garage door left open? The refrigerator door open? The oven left on? The stove burner on? A window left open in 22 degree weather?

How many times did I forget to hide my handbag only to discover cash missing? How many times were there sketchy, odd-acting strangers in the house, sometimes knocking on my bedroom door?  What about the times I’d come home to an odd-smelling home? The times I worried about whether my house would be standing when I got home? What about the visits from police? Visits from strangers telling me vague stories about Charles and wanting me to tell them where he was? I was able to wait out the manipulation and the lies, recognizing it as part of the disease.

But it was hard to forget that when Charles was at home using, he made our lives chaos.

It wasn’t as much that I couldn’t fall asleep, it was that I was being kept awake.  Ignoring it was not always an option. It was near impossible to “not hear” his nightly escapades completely and live my own life. We set boundaries that were not observed, he was taking things from us and selling them. There were consequences for not respecting the boundaries and we stuck to them.

We felt as long as he was comfortable, there was no incentive to change his behavior.

We never did kick him out of the house. We asked him to leave once for two weeks and to earn back in, he’d have to pass a drug test. He did pass and he did come back. Now in our case, we didn’t throw him out the two weeks before he died. He was at a recovery house, relapsed and then walked out of detox from there.

I wish we had shown more compassion after his relapse. Instead we were stunned and frozen in fear. While I like aspects of a harm reduction strategy, namely calling him more when he was out there on his own. (I feel we didn’t let him know how much we loved him those last few weeks.)  But then I know some kids take advantage of that by blowing up parent’s phone with razor edged calls and text messages laced with barbed wire, making that part of the strategy difficult for them to follow through with.

I don’t have the perfect answer but I do know there are things I would do differently now.

But living with him using heroin and God knows what else in our home? I don’t think so for the sake of my own health.

Is tough love the right thing to do?

6 thoughts on “Could I have knowingly lived with Charles using in my house?”