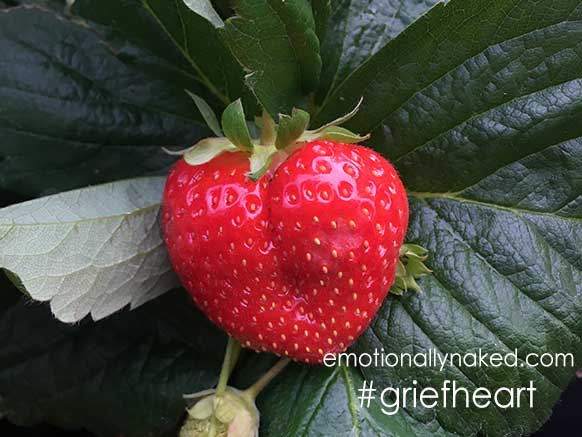 Adam Doliber’s HeartAdam Doliber died by suicide in August of 2016. Alex Chaffee, a friend of his, sent me this to honor his memory.

From Alex: “Chesterfield Berry Farm is where I met Adam Doliber in 2015, son of Kathy and Bill. Adam died by suicide not even one year after I met him. This was my first time returning back to the berry farm since I last worked there. I had a sense of nostalgia. Even though I know he is gone, it was still rough not seeing him or his pick up truck around. The driver of the hay ride looked like him from the back, I got excited only to come to terms with reality. Adam was a huge help around the farm, he helped make it beautiful.”

I explain my #griefheart project here. Contact me if you want to honor and remember your loved one who died by suicide or from addiction.

I wish it had been anything but suicide