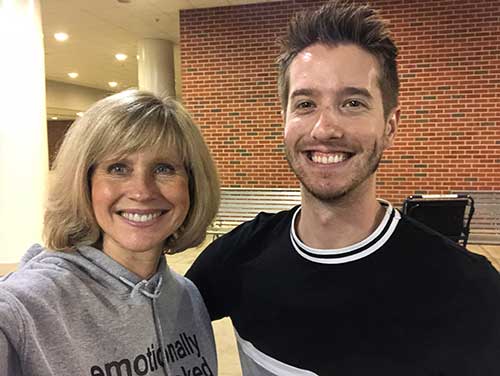 Richard, my oldest, is visiting from LA. So glad to have my boy home on a visit and hard having my only child all the way across country. Andy went crazy seeing him. Just like he did last week when Charles’ friends came.

Got a lot planned. Looks like the river activities won’t happen due to it being very high right now. So we’ll hike and look at it instead.

Family time! Missing the youngest member of our family.

What Richard said after his brother’s suicide

One thought on “Love just flew in from LA!”