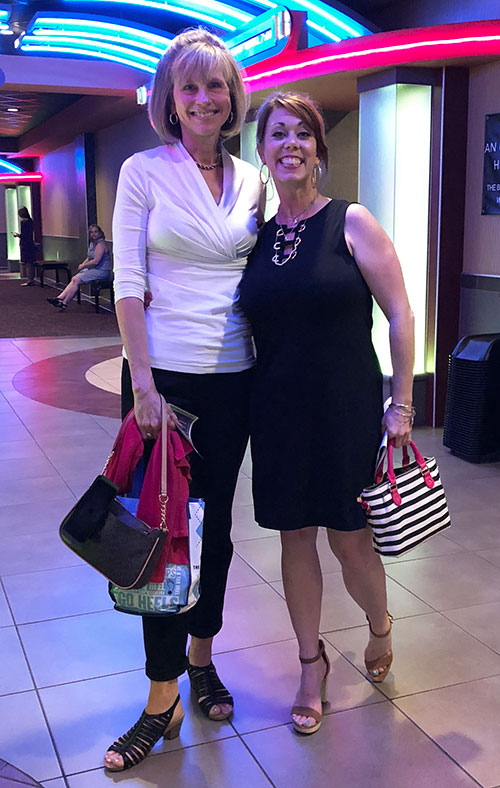 Ginger Germani lost her son Austin Germani a year ago. Last week she did a Facebook birthday fundraiser and raised 2,555 (+ a check for $25) in support of Beacon Tree Foundation in memory of Austin. Her goal was $1,998 for the year he was born. One of her friends had arranged a Ride to Fight Suicide in Staunton, VA.

Ginger invited me to a screening of the movie, “Suicide, The Ripple Effect” by Kevin Hines in Charlottesville, VA and to say a few words about Beacon Tree. It’s about an hour away from Richmond.

The marquee right outside the theatre showed the word “suicide” in lights all by itself which we found morbidly comical. Charles would have laughed his ass off at something like this.  It would have been nice had they added “Ripple Effect” after that but  I am not going to complain.

A regal cinema agreed to do the screening. What’s more, she got what looked like over 40 people to this move about suicide. This small theatre was filled. That is remarkable.

Ginger, you rock! Thank you. I love having you as a fellow advocate. I’m sorry the way it happened.

Was I a failure as a mother?