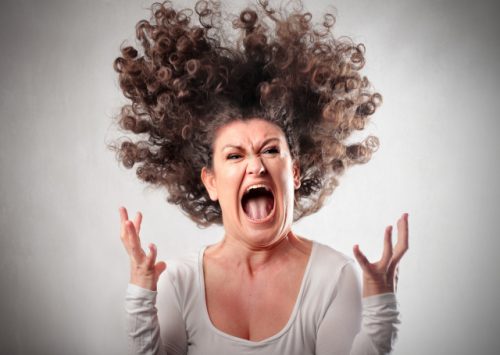 So I’m going to vent because I am so frustrated. Then I’m going to end it with things that are good to help me change my frame of mind. So I’m doing this in public because right now I’m not there.

I have been having breathing, voice and swallow issues since brain radiation for my tumor. Side effects of the radiation that may or may not go away. With a microphone or voice amplifier, I have been able to present and keep up my schedule.  But at an event that’s crowded, I sound like I am whispering. Add to that, my issues with swallowing and I feel anti-social. Eating takes a lot of concentration and effort and I’m tired of it but I have to face it three times per day. Thank God for soup.

So to overcome these issues, I have been going to speech and swallow therapy. Yes, it’s as much fun as it sounds with a ton of homework which I have done diligently. My voice has not changed. My swallow has made some modest gains and I’ve been at it for about 6 weeks out of the total of 12. To add to that, the radiation tripped up a problem with silent reflux, something for which I have never suffered before. So I have a very strict eating plan and just about anything has some ingredient I can’t have.

I just want to yell and scream and throw things it’s so frustrating. But. I can’t scream! The left vocal cord is floppy  due to radiation. I can stomp which I did today in my own little fit. I’m so tired of it.

Now on top of all this, I got a wicked sinus infection, something I’ve been able to avoid for 4 years. During the day, I’m OK. Not fabulous. But at night, there is a brick in my face and sleeping is miserable.  It takes forever to get rid of one and mine are resistant to antibiotics. Lack of good sleep is also making me less tolerant.

I had to put the book on hold due to developing hives every time I write. That doesn’t happen usually. But during the birthday month, it has. The grief rashes and reactions are not making me more beautiful.

So I work like a dog on our programs for Beacon Tree and so far ticket sales are not where I’d like them to be. I go to other events like ours and their attendance is over the top. I know comparison is the thief of joy so I’m trying not to panic.

Now, most of you all know it’s Charles’ birthday month. I keep showing up at the wrong time, at the wrong place, and overall, I’m a space cadet. I won’t rehash all the hurt of birthday month since I covered that in a post already. But I know that’s why I’m less tolerant of life’s curve balls. And I just miss my boy. Not to mention my boy in California.

Why can’t I get a break?

So done with the misery part.

Now for the grateful part.

We got our tax return today and didn’t have to pay ten thousand dollars. So there are benefits to working free! (I now have worked up to slave wages which is also exciting.) We plan every tax year but there has always been a surprise that has boosted it way up. But I’m thankful for once that we don’t have a huge tax bill.

I got to see my best buddy Martha today! Brightened my mood considerably.

My brain tumor is dying a slow but humble death! Since 1999, this benign tumor has wreaked havoc. I know how deadly both benign and malignant tumors can be and I know despite the issues I have now, I’m lucky.

I had a fantastic conversation with a guy named Alexander at a major company on speaking engagements with their group. The company is really embracing young professionals, LGBTQ+, minorities, and those with disabilities including autism. It offers me such hope and I love their corporate culture!

I got a comment from a young lady today who is now 21 and watched Charles’ videos back in the day. I love getting these messages.

So my pity party is over. It fixes nothing and I feel better.

Thanks for letting me work through this with all of you. And yeah, I’m a little embarrassed baring it all but I do call the site emotionally naked.

Start the day with what you are grateful for