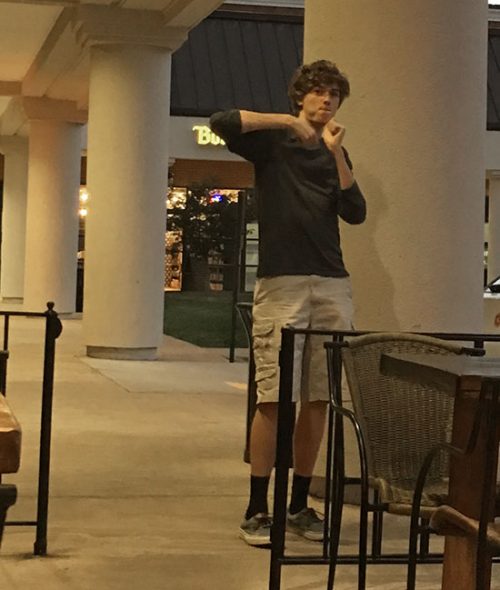 This is not Charles.

It was taken about a year ago by a friend who I met at this restaurant. I am sitting at a table and I see this kid. The shock of a Charles look-alike made my heart skip a beat. I froze. I knew it would happen eventually. Charles even owned a pair of shorts just like those. Tall, skinny, boyish face, and lose curly hair.

My table-mate was at an angle where she could discretely snap a quick photo. It was all I could do not to run up to him and tell him he looked like Charles. What would I have said? “Oh my gosh, you look just like my dead son.” Imagine how delighted he’d be? And his parents, too.

So I said nothing. It took everything I had not to stare. I felt sort of weird having a friend take a photo. I even felt like I should’t post this.

However, I was in google photos tonight and you can search by person. Google had thought this kid was Charles, too so he was categorized with all the Charles photos. I had almost forgotten about it. I felt that shock all over again.

Is my story is too ugly?

7 thoughts on “And my heart stopped”