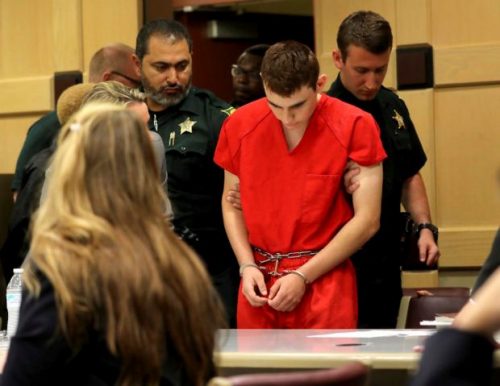 But I think the shooter may have acted like a monster, but deep down he was a deeply troubled individual and the product of a culture that simply wants to dismiss troubled children as “not my problem.” According to current reports, the shooter was a person with autism, suffered from depression, and had just lost his mother. (It’s important to note that those who suffer mental illness are no more likely to be violent than the general population.)

He was also adopted so we don’t know much about his early history. Many kids who are autistic go through life having never been invited to a birthday party and suffer from isolation, a lot of bullying and rejection. Sometimes their odd behavior and lack of social skills ostracizes them from social relationships which has devastating long-term consequences. They are more at risk for causing harm to themselves than others and children with autism are at higher risk of suicide.

We do know that ACEs, adverse childhood experiences, harm children’s developing brains so profoundly that the effects can show up decades later; they cause much of chronic disease, most mental illness, and are at the root of most violence. ACEs include exposure to divorce, physical or sexual abuse, violence in the home, a parent who suffers substance use disorder or mental illness.

Obviously it’s not decades later when he reacted violently. But kids exposed to toxic stress can often display tempers that go from zero to sixty–their strong reactions having been triggered by something in their past experience. They are simply unable to regulate their behavior as a result of constantly being in flight or fight mode at a critical time in their development.

How many schools handle bad behavior is by expelling kids. One school out in Walla Walla, Washington changed their approach to kids exposed to toxic stress in their lives and as a result graduation rates improved and expulsions decreased which is highlighted in the documentary Paper Tigers.

There was one school principal that did a study in her school and what she found out was that 30% of kids would attend for as much as two weeks without so much as anyone saying hello to them. Imagine the toll that takes on a person? Imagine never having a friend?

When you look at the shooter’s past, it just makes me sad. Sad for the parents who lost children in this horrifying disaster. And even their grief is unbearable for me having lost my own son in 2015. There is also sadness for an emotionally needy kid who slipped through the cracks.  There are just no winners here and I just can’t jump on the bandwagon and demonize the shooter. And at the same time, the act is so horrific, there’s no way to excuse it. I have to ask, how can a person with this kind of past waltz into a Walmart and buy a weapon like the AR-15?

Now that I’ve studied early childhood experiences of all kinds, it is easier for me to understand how it can come to this. While I’m not an expert on early childhood trauma, the impact is unmistakable.

While most want to simplify this as a good guy vs bad guy scenario, it’s far more complicated than that.

The good part in all this is the passion the students have invested in questioning authority and the status quo, pushing for change and people are listening.  I think there will be some kind of change after this shooting although it might not be what we expect. I can only hope that it’s not simply another bandaid but real change in finding and nurturing kids who fall through the cracks. Because nobody is born a monster.

Remembering those we lost to this heartbreaking mass murder. 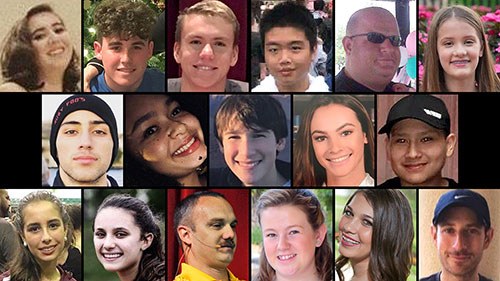 7 strategies we could implement to prevent school shootings

14 thoughts on “Is the Parkland shooter a monster?”