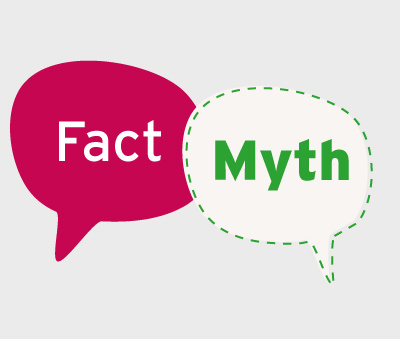 1. Myth or Fact? Those who threaten suicide are just trying to get attention

Fact: Most of the time, they are trying to tell you they are suffering from suicidal thoughts. Sufferers often feel helpless and afraid. The only way to get help is to get attention. How else would you do it?

2. Myth or Fact? People who die by suicide usually talk about it first

Fact: There are almost always warning signs when a person is having thoughts of suicide – someone talking about suicide is perhaps the most recognizable. Talking about death a lot, telling people goodbye, saying they are a burden and don’t want to live anymore are all signs. These kinds of conversations should always be taken seriously.

3. Myth or Fact? Suicide can’t be prevented. If someone is set on taking their own life, there is nothing that can be done to stop them

Fact: Suicide is preventable. The majority of people contemplating suicide don’t really want to die. They are seeking to end intense emotional and/or physical pain. Listening is the most important role you can employ. You can’t “fix” this but you can listen. More about the brain attack known as suicidal thinking.

4. Myth or Fact? Discussing suicide may cause someone to consider it or make things worse

Fact: Asking someone if they’re suicidal will never give them the idea. Doing so can be the first step in helping them to choose to live. Most suicidal people are relieved when asked. This has been proven my multiple studies.

Fact: Typically, women who attempt suicide, use methods that allow some time for intervention & rescue, such as poisoning/overdose. Men typically use firearms, which greatly reduces the likelihood of survival.

Fact: Treatment can work. One of the best ways to prevent suicide is by getting treatment for mental illnesses such as depression, bipolar and/or substance abuse and learning ways to solve problems.

7. Myth or Fact? Once a teen gets past a suicide attempt, they’ve learned their lesson

That’s why it’s important to know the triggers and to make a safety plan to prevent suicide so the sufferer will rely on that plan when in that episode of pain. Putting a hotline number or text line in a mobile phone is a good first step. 741-741 is the crisis text line. 988 is the US national suicide hotline. International hotlines.  Local RVA suicide and mental health resources.

8. Myth or Fact? There is no need to screen kids for suicide because they won’t tell anyway

How did you do?

Many of these myths are from the Chesterfield County Suicide Prevention Coalition presentation so I’ve giving our group credit here.