The Out of the Darkness walk was so moving. So powerful. It’s a day I got to celebrate Charles’ life with friends and 1,000 other people.

I was not a great fundraiser this year, asking way at the last minute but many of you came through for me and we made our team goal. So thank you for that. Emma kicked butt by raising $500! My friend Amy felt dropped $25 on each of my teammates that had $0.

Some mentioned the Bliley’s tents. But I do want the Out of the Darkness attendees to understand that Bliley’s was a sponsor because that business loss a family member to suicide and they want to be a community partner. What’s more, they arrived with those huge, really nice tents and put them up for us. And took them down!

Given that we had only 4 volunteers to set up the entire event, we were very appreciative. Thank you to the McShin group who lent a hand in distributing tables after they assembled their amazing exhibit (more on that later).

I loved meeting so many of you that have shared these posts and helped me reach others suffering, wanting connection and understanding for mental illness, addiction and suicide. It sometimes takes me a minute to make the connection from tiny little Facebook picture to the real person. Thank you to Jenn who manned the Beacon Tree table for me. I gave her little instruction and she did a stand-up job. 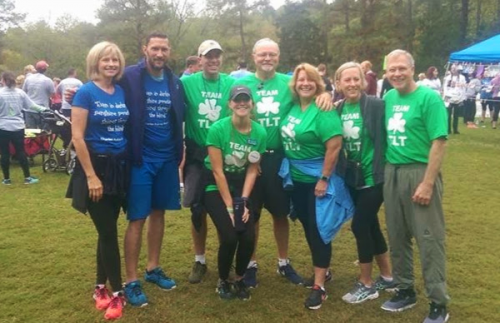 I talked to Team TLT for Timmy, TeamJaun for Juan, Casey’s team and Stand up for Life. Third from the right in the picture above in a green shirt is Nancy Thompson from Team TLT, an active mental health advocate from Maine who spearheaded legislation to require public school personnel to receive training in suicide prevention and awareness.

Nancy and I had a heartfelt hug and I was so glad we finally got to meet after hearing so much about her and knowing her daughter. Her son Timmy Thompson who died by suicide was, like Charles, a popular and well-liked young man whom no one expected to take his life.

Her daughter, Haley Thompson, the cute one in the baseball cap in the middle is heading up policy for the Virginia Chapter of the American Foundation of Suicide Prevention and will help us on AFSP Virginia’s first advocacy day in January.

Tim Alexander, standing next to me (second from the right above), has been a big ally to me and shot and edited a lot of video in the addiction and recovery community.

Thank you Shirley for being my ally in this fight to prevent suicide and for bringing the event to Richmond 7 years ago. 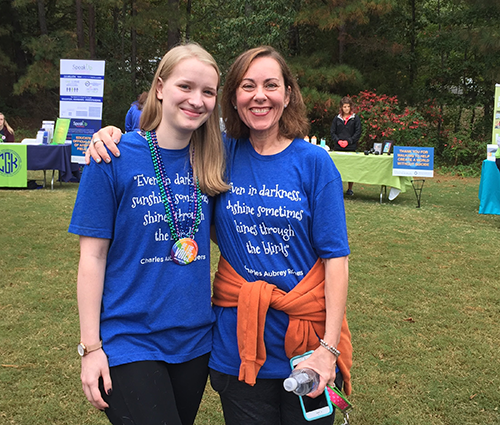 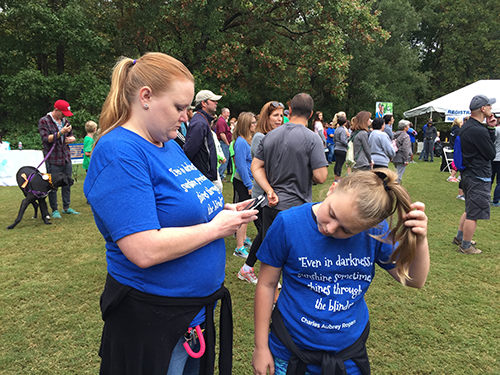 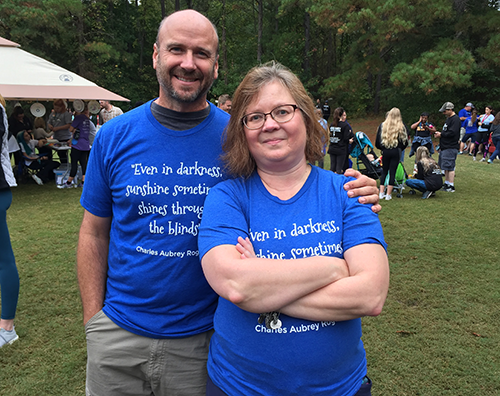 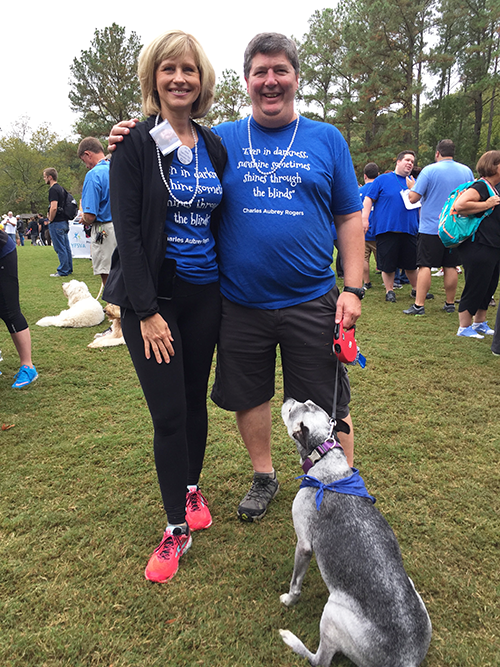 5 thoughts on “Out of the Darkness Walk Richmond 2017”