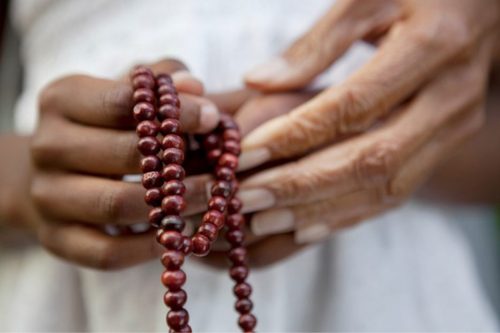 If you express certain views, especially about religion, it can really rock someone else’s world. Politics can be the same way.

I remember when I lived in Alabama for a year. I can’t say it was my favorite state.

So I’m 16 and in high school and this classmate of mine asks me what religion we are. I tell her we are Episcopalian and my Dad is Atheist. I always respected that my Dad had his own beliefs.

I think once the methodist minister had an extramarital affair and then ran off with his young mistress in the dead of night, leaving his wife and two children, my Dad just shut down on religion. That happened in his church when he was a young boy and that was it for him.

I did’t tell this classmate, Andrea, about the minister story, she just hears “atheist.” Her face turns red and she tells me resolutely that my Dad will burn in hell for being an atheist and proceeds to give me the a passionate description of hell that sounded like it was from a Hollywood movie, complete with all-consuming flames, hell and damnation. She all but grew horns she was so mad as her heavily sprayed curled hair shook stiffly as she raged.

Andrea was the most popular girl in school. Besides that, she had the trophy handsome boyfriend and they were the power couple. Her entire identity was wrapped in having the status relationship. At that moment, I thought she was bat-shit crazy and instead of being hurt, it was all I could do not to laugh out loud at the pagan, fire and brimstone scene she painted.

I wanted to say, “Are you serious? How old are you, 3?” But I didn’t. I had no desire to rock her simplistic, rigid world. I knew I was not going to talk this zealot into a reasonable conversation on religious beliefs.

Since then, I simply don’t discuss religion in any depth with others. My beliefs. Or my skepticism. I simply don’t find I have to have my beliefs validated or confirmed by someone else.

I don’t think God is some being that runs around deciding whose prayers to answer and mine just weren’t good enough. I don’t see him as some all-mighty white guy with a beard.

I learned a long time ago to pray for the strength to deal with what comes my way. That’s something I have to pull from within. Piousness does not win you points in heaven in terms of getting your wishes. And I don’t think God inspired Charles’ hanging to “test my faith” or that he’s in “a better place.”

It just drives me crazy when religion is used to veil prejudices and to feign superiority over other human beings because you believe it will give you a promotion on earth, or secures you a place in heaven.

Charles’ suicide happened. And it just is. I can’t change it.

I do admire those who are strong in their faith, no matter what it is. And I understand that faith can help heal a broken soul, can enrich a life and and even prevent people from killing themselves. It can inspire people to do great things, give outside of themselves and bring a community of people together.

I also understand that some people are angry with God when they lose a child to suicide or overdose. Or from any cause at all. Charles was “mad at God” for making him suffer from depression. I wasn’t aware of it but I would not have invalidated those feelings.

I simply think tolerance and respect of other’s beliefs is important. It’s one of the few things I’m very private about and I am quite content with it that way.

Dear Charles. My letter to heaven

13 thoughts on “Why don’t I talk much about religion?”