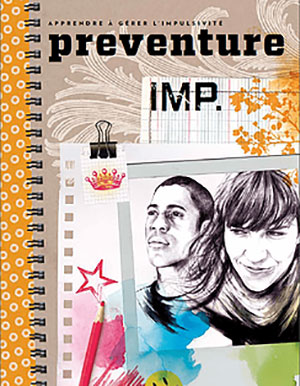 I knew at an early age that Charles had the predisposition for substance abuse disorder. I was, however, unaware of a family history of depression and anxiety. And until recently, I never knew any family members had attempted suicide.

The diagnosis of ADHD apparently increases the risk of illegal drug use by three times and Charles had that. So already, he was in a high risk category.

At the point I started to feel he was the type to get into drugs later, I thought I could change that course and I dove head first into that cause. Given the therapies and lack of studies at that point, it would have been unlikely that I would have developed some therapy myself to circumvent the ultimate outcome–his addiction and suicide. But I damn well gave it everything I had.

I’ve talked before about Charles’ addiction to sugar. That’s what initially tipped me off. It was no ordinary love of sugar. It was insatiable and I discovered multiple times he had stashed candy wrappers under his bed.

It was literally his first addiction and despite severe limitations in our household on candy, he still managed to find it and eat all he wanted.

We’ve submitted a grant to implement the Preventure program here in Virginia. It’s so frustrating waiting for funding while thousands die from overdose and knowing that every day, someone becomes addicted when it could be prevented.

In short, Preventure is a program that has identified specific life skills training (CBT) that helps kids manage these 4 troublesome traits that have been recognized as a predisposition to addiction. While Charles had some of all of them, one in particular stood out.

Three of the four personality traits identified by Preventure are linked to mental health issues, a critical risk factor for addiction. Impulsiveness, for instance, is common among people with A.D.H.D., while hopelessness is often a precursor to depression.

Dr. Patricia Conrod in Canada has spent decades perfecting Preventure that focuses on these personality traits and developing the two 90-minute life skills trainings that help kids manage them. So many of us in the US remain frustrated that we can’t get the funding approved for this intervention for any large scale use even though results show up to 80% reduction in drug and alcohol use at high schools at 4-year follow up.

I’m going to look at each of these in relation to the one child I had the most experience with–Charles.

Charles was definitely impulsive. His sense of humor was impulsively brilliant and he was a child of the moment he was in. Typical of kids with anxiety and ADHD. If he was missing something, he’d always “borrow” mine. So if he was missing his phone charger and he saw mine, then he’d take it right then and there without thinking about it.

We tried medication and that helped but then he refused to take it as he got older. It tends to exacerbate anxiety. While I saw him as impulsive, I don’t think this would have been his high scoring troublesome trait.

This is defined as fears associated with anxiety.  It  means being overly aware and frightened of physical signs of anxiety which is linked to panic disorder. He had had panic attacks but not often.  When Charles was anxious, he’d get strange back pain, stomach pains, jaw pains probably from tensing up.

He’d worry that the nomadic back pain was something serious, even deadly. But again, I don’t think anxiety sensitivity was his dominant troublesome trait among these four. And for Preventure, they are assigned to the life skills class that addresses the trait they scored the highest on in testing.

I didn’t see this trait in Charles until later on–his teen years. Even then, he hid it well. I think he had anxiety before depression. And in his case, his depression expressed itself as a lack of motivation.

Once his drug use escalated, this one escalated. So while he turned to drugs because of his depression, I think his sensation seeking personality trait was more of a problem.

I’ve seen this defined as a broken reward system. One school counselor told me that this particular trait was typical of popular kids. And Charles was definitely one of those.

Even as a baby Charles was a sensation seeker and always unable to be satiated. He could never get enough fun. Never enough sleepovers, theme parks, games, candy. He often took risks that frightened the hell out of me.

He’d push for more friends, more parties and keep everyone up all night long until the other kids were zombies the next day. I think, had he taken the screening exam required for the Preventure Program, this is where he would have scored the highest.

Giving our kids the skills necessary to manage traits identified for potential addiction makes so much sense. It’s actually very affordable. Yet here we sit, still waiting while the epidemic rages on.

I don’t know that this would have “saved” Charles. But I remember being worried about his sensation seeking and what to do about it. This program delays onset of addiction and give a child valuable tools to manage themselves in social settings. And given the statistics and death probability of those who start abusing substances young, I think he’d have had a fighting chance.

Those of you out there can be proactive. You can rally for this. You can even get CBT for your child with any number of therapists if you’ve identified one of these traits as dominant. Worth a shot.

4 thoughts on “Can you do something now to prevent young children from becoming addicts later?”