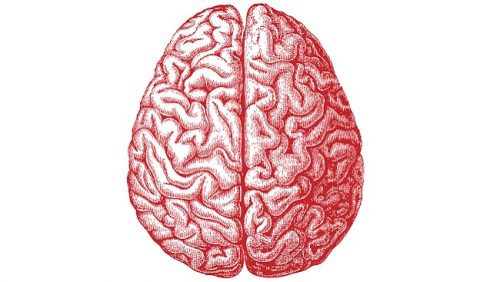 Four years ago, my brain tumor returned. They’ve been watching it until some new technology was approved for the US. It was approved and two of the pieces of technology came to the US in late 2016. One of them in Buffalo, NY. That’s where I’ll have radiation to fry that sucker once and for all (hopefully) on Friday, August 25.

It’s a benign tumor in a not so great spot. Basically it’s a non-acoustic skull-based schwannoma that was once on my hypoglossal nerve (tongue nerve) and is now headed towards the brain stem.  Basically, it’s a tumor in the smack middle of my head where it’s hard to get to.

Fortunately for me, it’s a slow grower.

The 2000 surgery was an infratemporal, subtemporal zygomatic osteotomy. I love saying that. It sounds so important. In short, they dislocated my jaw on the left side and took my face apart to get at it and I have titanium bolts in my left jaw. I wear a hearing aid in the left ear due to hearing loss in that ear. It did hurt like the devil after, making this one on Friday seem like a freaking piece of cake. This one is outpatient.

The technology is the Gamma Knife Icon. We have a Gamma Knife in Richmond but it’s not an Icon so therefore not approved for tumors as deep in the head as mine is or as close to the brain stem. (I think I got that right).

The Gamma Knife is the most poorly named piece of equipment ever. They should have called me considering how many things out there I have named in my advertising life.

There is no “knife” involved. It’s just super fancy radiation. Basically it shoots all these tiny weak beams into your head and collectively they converge in a single place and render the tumor lifeless. Toast. So it eventually shrinks and dies a slow and humble death.

As coincidence would have it, I wrote advertising for this technology back in the early 2000s. I remember the headline. “Have brain surgery. Be home in time for dinner.”

Usually, it doesn’t take long but since mine is so deep they want to go weaker and they think it will be 2 hours. Fitting the frame is likely to take the most time. I’ll be drugged to keep me still.

You have about a one in 5 million chance of getting this type of tumor. As a result of it being rare, the insurance company is always rejecting just about everything related to it.

So hours after booking my flight and hotel, having called twice to double check in May and make sure it was approved and being assured it was, they had a last second change of mind and sent me three letters of denial telling me it was “experimental.”

Having gone through this multiple times with insurance companies before, I let my doctors make the appeal. Finally, it was approved. Nothing like a little brain tumor drama the day before you leave. I forgot to tell Richard, my oldest son, so I talked to him yesterday.

I remember a conversation in the car with Charles one time a few months before he died and he was so wigged out about this tumor. It had literally been years since I’d told them about it. I had not even thought about it and had to put invites on my calendar to remind me to have my MRIs having inadvertently missing a year (not proud of that oversight).

I had just taken Charles to the psychiatrist and he surprised me. He was worried to the point of panic, making me feel bad for having even mentioned it three years prior. I could have kept it to myself since we weren’t going to do anything for a while. I was shocked.

After Charles suicide, I found so many messages and songs that related to this tumor.  For some reason, it’s that last conversation that keeps playing in my head. I still see his profile and the way the turned and talked at the passenger window at moments during our conversation. And now he’s not here to see the outcome.

He thought I was going to die and he’d have to suffer the loss instead of the other way around.

Grief: Going all ‘hallmark’ on you

30 thoughts on “Toasting a brain tumor”