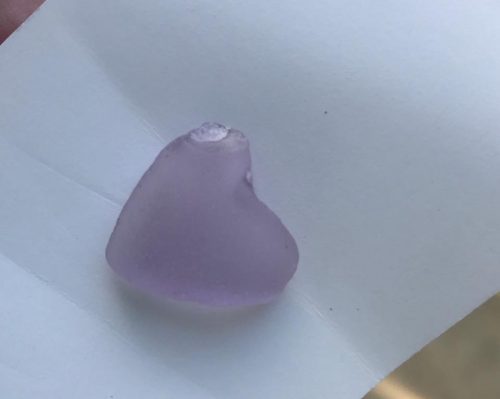 This heart reminds me of all of our family beach vacations at the Outer Banks. Charles loved being with his cousins there. He didn’t love going in the ocean a whole lot and despite signing him up for swim lessons and more swim lessons, he refused to participate in them and as a result was a terrible swimmer. So I didn’t encourage a lot of ocean swimming.

We live in a river town so I worried he was in danger of drowning. And I always watched him closely at the beach for the same reason. I think back to all the precautions I took over the years for his safety.  But I couldn’t protect him from himself. That I could not do. I never knew there was an enemy in his head telling him we’d be better off without him.

Suicide just was not on my radar. And when the shock of it sunk in when the police told us, it felt like my heart shattered like glass into a million pieces. I felt crushed. Literally crushed. How could I not see that coming?

Who’d have thought my child’s worst enemy was in his own head?