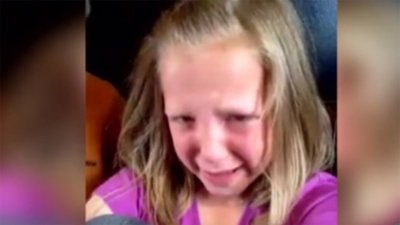 Bullying has been around forever. Nothing we do will make it go away completely. It’s part of childhood and adolescence and I believe meant to prepare people for adult life. There are bosses that are bullies, neighbors and relatives that are bullies and what we learn as children in terms of coping helps us later in these situations.

Funny thing is, although we are hearing more about it, bullying has actually decreased according to a big new study in the journal Pediatrics. In 2005, 28.5 percent of students surveyed reported experiencing at least one form of bullying. By 2014, that had dropped more than half, to 13.4 percent.

What schools and states have been doing has worked. That’s the good news.

Trouble is, bullying has taken on a 24/7 quality with digital and social media and kids are unprepared on how to handle it. We need to prepare our kids how to react to situations.

Our most vulnerable children and teens, those who suffer some form of mental illness, or those who are particularly sensitive human beings, are at risk for not being able to cope with bullying and are at most risk for suicide. Keep in mind that bullying does not, by itself, cause suicide. It is a contributing factor along with family history, health and other environmental triggers.

We are making progress from the standpoint of awareness but there is more we can do.

We push core academics in school like it’s the end all. Kids do crazy amounts of homework. They need strategies and instead we teach them trigonometry, a skill which fewer than 2% of graduates will ever use.

What I’m getting at is that we need to teach kids real life skills. And incorporate social and emotional learning as a foundation in our classrooms and our homes. What I learned in shop, home economics, typing, on the track team, and yearbook staff are the experiences I use the most today.

Why are we not teaching our kids coping skills? In being part of the team to submit the grant for Preventure, I became aware that just two 90 minute sessions of behavioral therapy has helped kids with personality traits showing a predisposition to addiction, cope with real life situations. These two 90-minute sessions has shown to reduce drug and alcohol misuse in high schools up to 80% at 2-year follow up.

That has life long value for any child.

We have to set limits on the digital media.

Parents are handing over smartphones to their children at earlier and earlier ages with few or no restrictions. These devices expose children of all ages, including vulnerable teens, to predators.

If they are taking those digital devices in their room at night, you are allowing them the opportunity to be bullied and harassed or worse. Today’s humiliation happens so quickly and is so devastating. To a teen this crushing blow is difficult to cope with.

Don’t just blame the school, teacher or principal. Do what you can at home to limit exposure to digital media and you reduce exposure to more bullying and humiliation than your child can cope with at once.

Don’t jump in and solve everything.

When your kids have a problem, go over scenarios on how to cope starting at an early age. Instead of talking and lecturing, ask questions and see if they come up with solutions. If you lack ideas, there are plenty of books on the subject. I would start with books that teach these skills as early as pre school. This short book illustrates the concept of asking questions.

Bullies are not born, they are made. While there is some ‘nature’ in there, I think there is a lot of nurture. This is often behavior that is shaped from early experience.

A friend of mine has a 4-year-old that threatened some kids in daycare. Said he was going to murder them. The daycare got riled up, parents went ballistic and he was expelled. He was bullying and he used words that immediately put people on red alert.  His parents never “taught” him this behavior.

Did anyone think for a minute his reaction was from emotional stress? No, they jumped to the conclusion this 4-year-old, who was really small for his age, was a murderer in the making! Easier to just get rid of the problem by getting rid of him. Does this kind of discipline work? No, it humiliates. Obviously, this is a reaction of frustration and the child simply needed an evaluation and some help from a mental health provider.

Instead, the expulsion resulted in perpetuating the negative behavior and his feelings of low self esteem were exacerbated. Eventually, they got him into an elementary school program where progress was made in just 30 days with the right focus on social skills and it turns out his behavior was the result of depression.

Take time to think before reacting. Why would a child be acting the way he is? Often it’s some kind of stress. Shunning people makes things worse. So step back and think the situation through and we make fewer bullies.

The idea is to maintain efforts at reducing bullying but also teaching our kids the skills to cope with it and learn from it.