I heard about this game a week ago from Jule, a 16-year-old girl from Germany who has written for this site. Jule who tells me about current trends warned me about this dangerous game that started in Russia and is spreading across Europe and now into Kenya and the US. 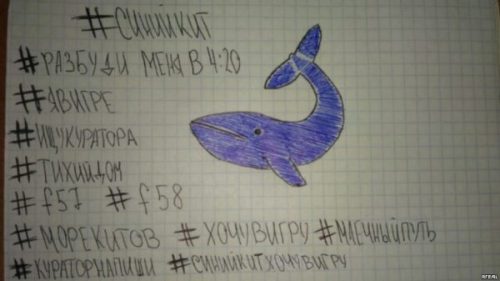 I might have dismissed this game myself wondering if this is fake news but I trust Jule to tell me about current trends.

Facts have definitely been all over the place

This “game” has supposedly been a contributing factor to the suicides of multiple* Russian schoolgirls. Deaths have been reported in other areas including Kenya but they are not definitive. (*reports on how many vary greatly ) While some teen suicides have reportedly been linked to the game in other countries, no direct evidence has been found to confirm this in the U.S. or abroad.

Apparently, it’s already in Alabama where, according to a school social worker, it’s been introduced on two high school campuses. Again, hype or truth?

It was started in Russia by a 21-year-old male and in involves urging vulnerable teens to carry out a series of tasks over a 50-day period that ends in their being challenged to kill themselves on the last day so they can “meet their creator.”

The inventor used a typical predatory strategy to lure in these victims little by little, using horror movies and their reactions to identify the most vulnerable teens. His tactics mix both technology and psychology for a frightening trend of cyber crime. Teens that participate are assigned an “administrator.”

Teenagers are supposed to “tag” each other on social media, primarily SnapChat, and then challenge each other to play. The players cannot stop playing once they’ve started as they are blackmailed and cyberbullied into completing the game.

Challenges comprise the undertaking of daredevil performance and self-harm and then relaying photos to this administrator who apparently manages a Facebook group. Teens between the ages of 14-17 are targeted and each challenge requires a photo for proof.

Some of the tasks include watching really scary horror movies, waking up in the middle of the night and self-harming like cutting, balancing on a rooftop, killing an animal and posting a video or pictures to prove it.

At any rate, vulnerable teens are at risk playing daring social media games of any type. And while I’ve been researching this all week, finding credible sources has been difficult.

Talk about this game with your child. Be on the lookout for strange behavior such as roof climbing, odd things missing, weird and covert behavior.

The most important thing

Whether this is hype or fact, is very hard to tell but this is important no matter what. I’ve said this before but it bears repeating.

Parents are introducing smartphones to their children at earlier and earlier ages with few restrictions. These devices expose children of all ages, including vulnerable teens, to predators.

That stranger you protected your child from is now lurking in their digital devices. You are essentially letting your child get into a car with a guy in a trench coat once you hand over the smartphone or digital device without strict limitations.

There is help. This suicide resources flyer from AFSP 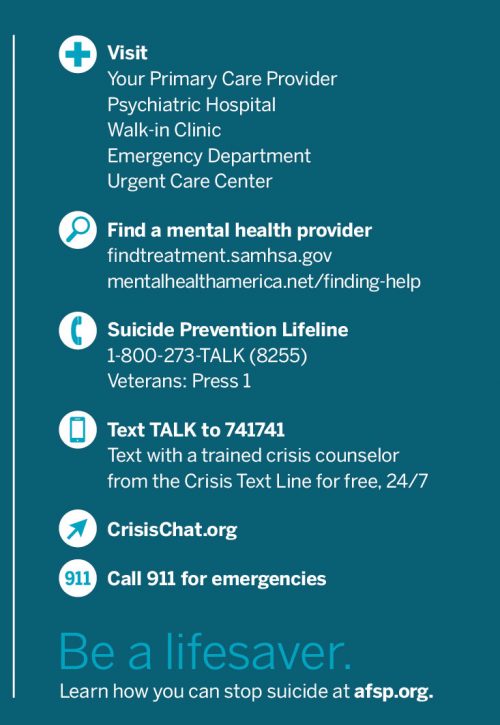