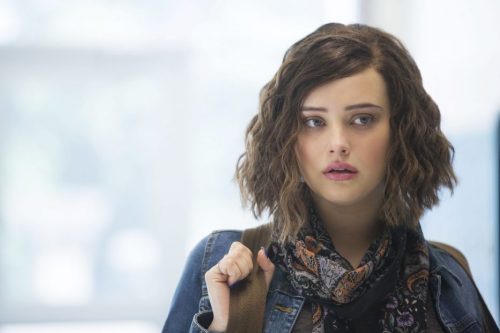 Let’s face it. Now that people are talking about suicide, we are not always going to be able to control the conversation. And in that case, we have to grab it as an opportunity to educate.

This Netflix series was created from a book and it’s designed for entertainment. It’s riveting and easy to see why teens are intrigued. But it’s also dark and potentially a trigger for teens at risk.

If they incorporated all of the suicide prevention recommendations, would it be something teens would watch? I don’t know. But how hard would it be to add a suicide hotline? That would hardly mess up their plot line.

I have watched all 13 episodes of the show. I binged them. Not a marathon binge because I can’t as a grieving mother who lost her son to suicide. I had to watch it like the teens watch it so I could see it from that perspective.

The good thing is that it is forcing conversation.

The bad thing is that I have heard from a suicide researcher that binge watching the show has been a contributing factor in a suicide of a 17-year-old who was at risk– meaning he suffered from depression. I say ‘contributing factor’ because suicide is complex, and the result of several factors including health, history, and environment. It is not a direct cause and effect event. Ninety percent of those who die by suicide suffer a mental illness. There is no reference at all to mental illness in the show.

So for many teens, this is a drama. For those at risk, meaning they suffer from mental illness, it’s a potential trigger. Considering that 18% of teens thought about suicide in the past year, that’s troublesome.

And 90% of all previous suicide attempts are unknown to parents.

It’s dark. Every single episode has not one single happy moment. There are no commercials, no breaks and the episodes come back to back so if you binged three episodes, you’d be watching a solid three hours of hopelessness. Nobody opens up to anyone and the few times they do, they are shut down. Zero compassion. Even less conversation and supporting each other.

Three hours of that can drag you down into the ‘nobody cares’ dumpster pretty fast. Three proved too much for me.  I don’t suffer mental illness but I did suffer the loss of a child by suicide and I quickly realized I needed to alter my pattern. I was able to do two shows at a time at the most.

I’m an adult with a lot of resilience so I can see why teens at risk might find this triggering.

The last scene leaves you feeling even less hope for the future.

Netflix said they did the scene to make it real.

Bullshit. After 25 years in advertising and media, I know what they are after–an audience, media buzz, awards, and recognition.

They also did it knowing that people have a morbid fascination with death and gore and movie makers are fascinated with the aspect of ‘making it real.’ They put a warning on that episode. Might as well have put an invitation in the form of a neon sign. A warning label gives it more intrigue. However, it does serve as a warning to parents.

I have to say I could barely watch it. I thought I would be sick and ended up watching it through my fingers. I could not even breathe. It definitely plunged me into a dark hole.

Totally unnecessary, gratuitous. There is absolutely no upside to creating a scene that depicts suicide reality this graphic and gory.

Romanticizes the act and presents it as a solution

It’s everyone else’s fault so the blame game is bothersome.

While I think it does point out that actions can hurt and what you do matters, suicide is not a rational solution for any of the problems presented. Hannah comes across as a hero which is romanticizing the act of suicide. I don’t think it was intentionally designed to do that but it does.

No one who is suicidal would have the wherewithal to orchestrate an elaborate revenge scheme from the grave like this one. Tapes for 13 people all delivered with ideal timing is a huge task for someone in an irrational state of mind to pull off. Very Hollywood.

How the parents react is pretty accurate although it is not necessarily always how I would react personally. Sometimes was. Sometimes was not.

And one more thing, how many teens do you know can hang out at coffee shops on a daily basis at $5 a pop? I never had that much money as a teenager.

There are good points about the series and here I have focused on the concerns. Below are some resources to help you discuss the series with your child and a review from the perspective of

Below are some resources to help you discuss the series with your child and a review from the perspective of teenager who does suffer from mental illness and suicidal thoughts.