There are so many things wrong about how this story was, and continues to be handled by the press. 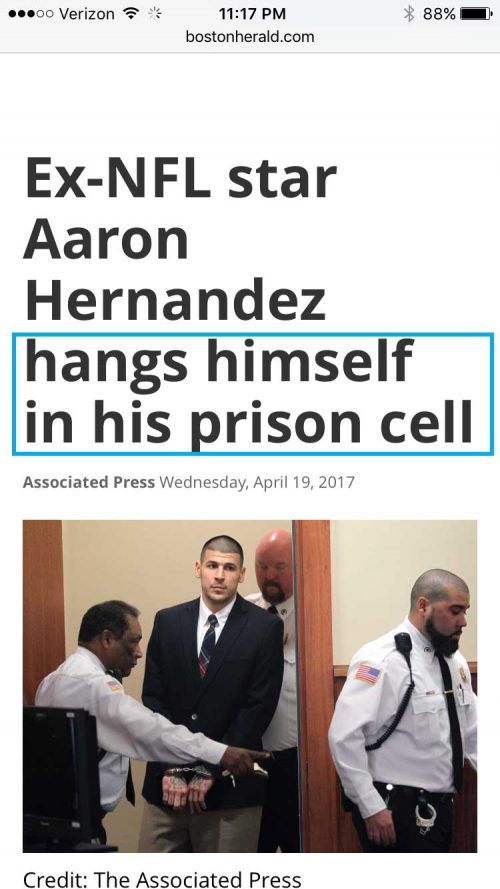 All the major news outlets used the headline that they released in the story that does not follow suicide reporting guidelines.

I won’t link to any particular story as I refuse to give them the traffic they are seeking by sensationalizing this case. Ya’ll know how to use google.

The headline is sensationalized. A former super bowl player’s suicide would attract enough attention without that embellishment. It has far too much detail in the headline which is not necessary. So what should the headline say? Below are some examples.

There is far too much play-by-play detail for this suicide. Play-by-play is for football games not suicide.  It is not only disrespectful for his family but potentially a trigger for others at risk.

Many articles had a lot more detail than you see here which is entirely inappropriate and further sensationalizing something that is already story that will garner plenty of interest without having to give every detail. 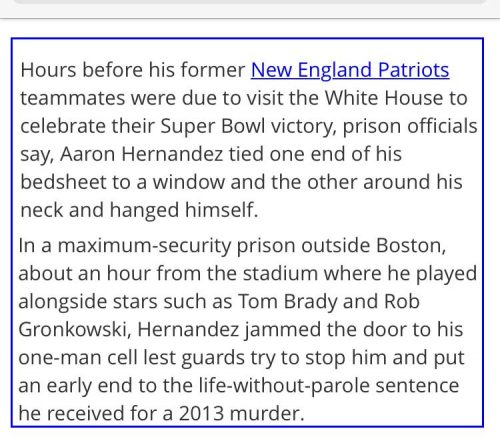 We are assuming a direct cause and effect and only one reason for the suicide. Most suicides are the result of several factors including health such as head trauma, family history of suicide or mental illness as well as environmental factors such as his incarceration.

While life in prison no doubt played into his decision to end his life, it’s probably not the only one. Telling the story in a simplistic way like this undermines the struggle and perpetuates the stigma surrounding suicide.

This player had a history of run-ins with the law illustrating a troubled life with little health intervention.

It’s a confusing double standard for a young man, particularly if he suffers mental illness which is often the case in 90% of suicides. 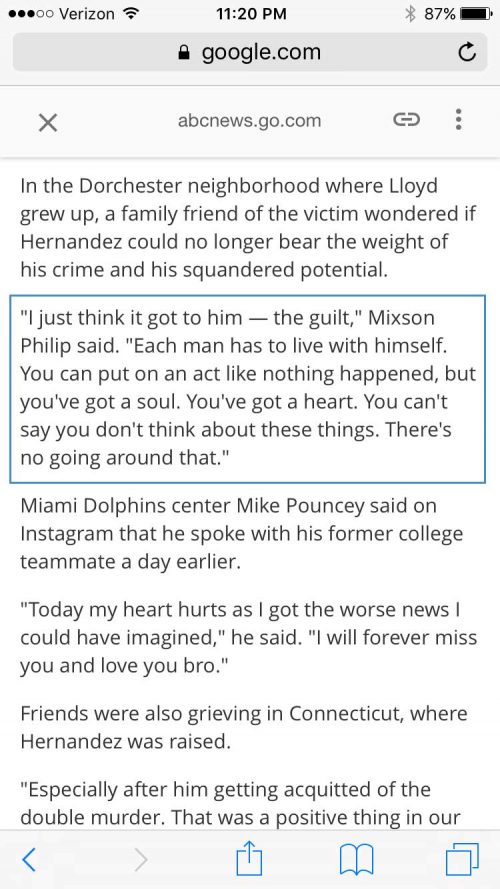 There are no mention of suicide prevention resources accompanying the article. At the very least, there should be a suicide hotline. When Kurt Cobain died, news coverage that included information on how to get help actually inspired many people seek it as mental health clinic visits spiked afterwards.

The audio report on this page by the American Foundation of Suicide Prevention offers details on how this case unfolded and resulted in positive reinforcement of reaching out for help. 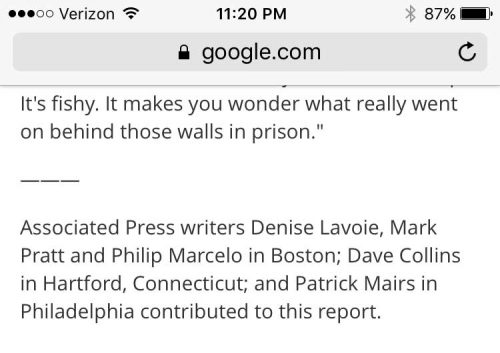 Several versions of the story say “committed suicide.” While he did commit murder, he died by suicide. Suicide is a cause of death and a public health crisis. It’s not a crime.

As the story has unfolded, many have salaciously covered his sexual orientation, further stigmatizing the death. Phrases like “limp wrist” as it relates to LGBTQ+ individuals further stigmatizes a group of people. It’s no shock he would have covered it up if he was a football player given the prejudice the sport has towards those who are not heterosexuals. As a young man he had to have thought his career would have ended before it ever got started if that leaked out.

If he was gay or bisexual, that would have been part of the reason for his suicide given that LGBTQ+ individuals are at higher risk. Yet there is not one mention of that sobering fact.

It’s more about making this a tawdry soap opera than focusing on the sheer sadness of how this promising young athlete simply got no help other than how to run a football play. He needed more than that.

In short, this story is being poorly handled in the press. Suicide is never something that we should be cavalier about and always a heartbreaking end to someone’s life.

Journalists are chasing ratings and advertising dollars that accompany them instead of handling the story responsibly.

Signs of depression in teens. Not the same as adults