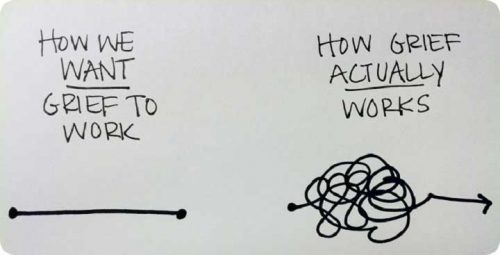 This is not the service anyone wants to plan. But when you have to, it’s nice to have some ideas that you know meant something to a mom who has suffered the loss of a child. I’ve been asked this enough, it’s time I wrote a post about it.

You want to know how you can help? So here’s how

I was so overwhelmed by my son’s suicide, that I had to ask for help from my friends when it came to planning funeral details. I didn’t hesitate to accept help for this nor did I shy away from asking for it. I was completely lost. And I needed to have it while family was in town so I had it a mere 5 days after Charles’ death.

I needed someone good at the logistics part to coordinate

That was my friend, Wendy.

Then we asked two friends to help us with the choosing of music and prayers, MaryJo and Martha (and Paul, MaryJo’s husband). In our case, we refused to carry on the tradition of shame and silence and we told the minister we didn’t want to hide behind the cause of death but wanted that subject addressed openly and without shame. The addiction, mental illness, suicide. He did it, too. Beautifully.

Every religion is different so I’m going to talk in more general terms. For instance, in an Episcopal funeral ceremony, there isn’t a lot of story-telling during the service and no eulogies to speak of, so we reserved that for the reception following the service which worked out well. This church had just completed a giant community room. You might have a different situation and want that during the ceremony.

I was pretty together the day of his memorial service. Well, not together, but happy. And sad. The reason I felt any joy was that for the first time I felt community support as thousands came to pay their respects. As a mom who had a child who suffered from depression, addiction to heroin in the last 5 months of his life and died by suicide, support was meager, stigma was thick, judgement, gossip and misunderstanding all too common.

It was the first time in years I felt that sense of community that I had so craved and missed. Suffering through years of roadblocks takes its toll. I felt embraced and loved. And I want it to be that way for any parent who has lost a child no matter how that child dies. Because it is tragic.

These are simply the things that make the service more memorable.

First, we asked people to send pictures to my friend’s son Adam and he put together this slide show that ran without music in the community room after the service. I loved it. Still do.

Friends sent in their pictures to an email address or google folder. I also scanned and combed through photos. This was important to me.

We had a standing microphone and I asked Charles’ friends to come up and tell a story. Now, many are afraid of a large crowd and the place was packed to capacity so I asked one of Charles’ theatre friends prior to the service to go first and break the ice.

He did and I picked the perfect person. Then a lot of people warmed up, came up by themselves or in groups and took a turn. Of all the things that happened, this meant the most to me. Parents want more than anything the memories and they fear more than anything their child will be forgotten.

Fortunately my logistics friend Wendy realized we needed to get them on video and she whipped out her iPhone and got her son to start filming. So glad she did. You don’t need a videographer like you’d get for a wedding necessarily but preserving the moment is very meaningful. I go back and watch those clips when I’m struggling.

Not everyone is going to come up front and speak so it’s a good idea to ask for those stories to be written down so you have those memories. And you need to get them while they are there. So you’ll need pens and paper and something for them to go in.

Asking guests to put a story in writing is important to those who’ve lost the most precious thing in the world.

Pictures at the service and memorabilia. I had Charles’ cast from when he broke his foot at 18 months, some of his shoes and other objects that represented who he was. Everyone needed that.

These are just a few of the things that made the memorial service special after the most devastating loss of my life.

Grief writes me a love letter