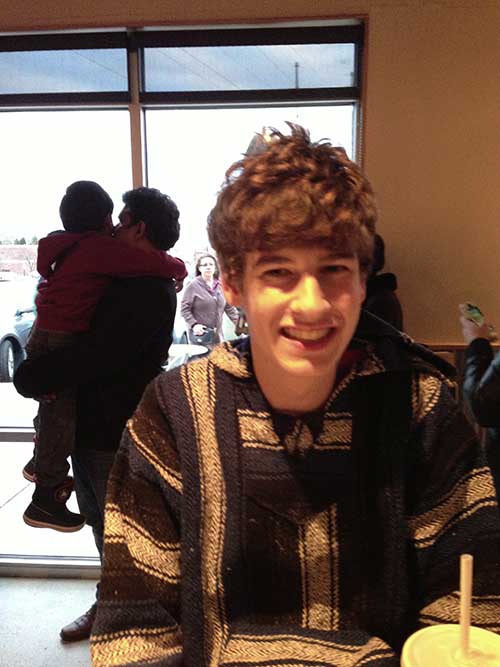 I was not witness to that final scenery.

That vision is not forever burned in my memory.  And while I regret that the young men who did find him had to endure it, I have to admit, I’m selfishly thankful I didn’t see it.

I feel intense sorrow for a parent that does find their child that way. A few of those I know have. Others, like me, were spared that vision.

It would be a day later before I would find out. Panic, shock, screaming, an emergency call all happened without my knowledge a day before. A handful of friends had already started to mourn. Four I think. A couple of parents in utter shock, trying to calm the chaos in their own child after such a discovery. I have never seen the location and the thought of going to see it makes me feel ill.

I knew, though. Some part of me did and I couldn’t interpret it. My mouth was dry all day that Friday. He didn’t answer my call. Not unusual but I felt eerie. I made a butt call accidentally later and I got a sick feeling that I can’t even describe.

I wonder where that phone rang? It didn’t go right to voice mail so it was not yet out of battery power. Was it sitting in a bag? In the police station? Did anyone hear it? Did they watch it and decide not to answer? I’ll never know. I was still in the dark. I still had hope for my child on some level although I felt it draining

I wanted to see the body. I was told later that it was best I did not. I didn’t get the chance because the body was held by a disreputable funeral home, making a devastating situation utterly surreal.

I had to let go saying last goodbye. I know now he would not have looked how I expected. I regret we didn’t get the opportunity to donate his organs. We did get his body and his ashes eventually.

Burned in my memory instead is “Saturday Charles” when he looked great, felt great before that dirty, rotten liar called heroin took my son’s brain hostage again, told him he was a worthless piece of shit and that he needed to hang himself.

So much of the last 5 years was a horror story in a state that had no mercy or resources for someone with depression. And then addiction.

I’m going to hold onto that vision of “Saturday Charles,” the one day when he looked like the child I remembered. I regret I don’t have a picture but thankful I have a vision of him then.

At least I have that.

13 thoughts on “I didn’t find Charles after his suicide”