A few years back, my marketing agency did a joke campaign on how staring at a cell phone could create “glowburn.”  Which meant that even after you put your phone away, the glow on your face remained as it was “burned” into your skin.

The truth is, our relationship with our mobile devices is not that healthy and it’s not for our kids either. Not only that, mobile phones and the apps can be dangerous.

Who is at risk?

Character traits — not technology — make young people vulnerable to becoming victims via popular apps. Those who are depressed, socially isolated, have conflict at home with parents, who are bullied in school are at higher risk of becoming victims in internet and chat environments.

Parents need to be vigilant about what is on their child’s phone. These handheld computers offer a lot of access before they are ready and it’s important to limit that access from the beginning or make it retroactive for an older child.

I so remember when Charles was in 9th grade and got a phone. I remember a prickly feeling and looking at him in the kitchen while he held his new phone and I thought, “There is no precedence for this. What are we going to find out by giving our children these devices at such an early age?” That that was 9th grade! We were the first. (I feel the same way about virtual reality. It, too, gives me a prickly feeling.)

You might not think your child suffers from depression. I didn’t have a clue when he was in 9th grade. But not only did he suffer from depression, he eventually became addicted to heroin, suffered frequent suicidal thoughts and killed himself. He was not emotionally ready for a phone and although that was not the reason for my son’s suicide, the device was too much freedom, too soon.

Children should have limits on when they can use smartphones. After 9pm, they shouldn’t have access to any electronic devices. While that may sound harsh, I can tell you that nothing good happens after 9pm. Kids need their sleep and exposure to those screens can disrupt that. I had spyware on Charles’ computer so I know nothing good was happening after 9pm. Which is why I had the internet cut off at 9pm automatically and that phone was in my hand.

Neither of my children got a laptop either. (My oldest got one before college.) The iMac was in the hallway, a major thoroughfare in our home. You have to understand the access you are giving your children at a time when they’ve not learned how to manage life yet. Access to chatrooms and bullying and some pretty vile, sick strangers–people who show your kids despicable images that would make even hollywood cringe. Kids will encourage others to kill themselves, hurt others and God knows what else.

If you let them have their device 24/7, they also become addictive. You think it’s just them? How do you react to that ping of a text message?

Too many parents hand it over a smartphone a bow. It’s up to you to help children and teens maintain a balance and form healthy relationships with electronic devices.

The apps that need to go

So here are some apps that Katie Greer has recommended be deleted from your child’s phone for their safety. Actually, she said to “blow them up.”

And after the stories she told, I think that is excellent advice. She does this every day, so I’m going to take her word for it. They’ll hide these apps in “calculators” and in hiding other places on their phone. But probably the best way to address is to have an honest conversation with your child.

Keep in mind that if something happens to your child at under age 13, you legally have no recourse. So children under 13 should not have a smartphone at all. Many apps will ask them if they are 18 and of course they lie and say they are 18.

This app is marketed to teens. Check out the tagline. “Talk to strangers.” That’s just great. If you were a pedophile, where would you hang out? 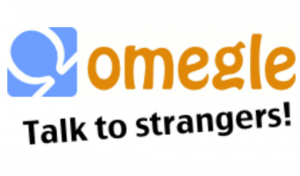 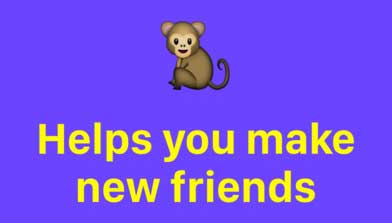 Another stranger conversation app.  And you think some “stranger” can’t get to your kid from an app? You’d be wrong.

Tinder for kids. Hey mom and dad, just say no. The worst part is that it integrates with snapchat giving that app more access to personal information and the friend list.

A lot of these apps might integrate with other things that give out addresses and phone numbers. I’m not expert on any of them but I’m imparting the wisdom of someone who makes internet safety for kids her living.

#Worst choice of all – Kik! 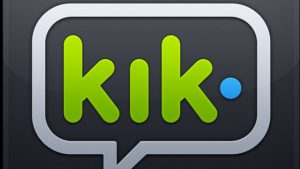 It is associated with the most frightening stories I have ever heard. Horror stories.

The 13 year old girl that was murdered in Blacksburg, VA had met her killers via this app who tracked her down. If that’s not enough to get rid of it, I don’t know what is. The stories would make your toenails curl.

The most vile human beings can prey on your kids through these apps. Don’t be fooled by thinking they are safe because they are miles and even states away. Kids may push back but guess who owns the phone?

Teens often come up with jailbreaks or workarounds for many of the tools parental tools offered by your mobile phone companies but again, that’s where a conversation comes into play and workarounds take time and cause frustration.

Here were some ideas for managing your child’s access other that the obvious of defining clear limits when they cannot have their devices.

7 reasons I think we are seeing more teen depression

2 thoughts on “Dangerous apps for kids and teens”